Diamonds Are Forever: Worst James Bond Movie In The Series 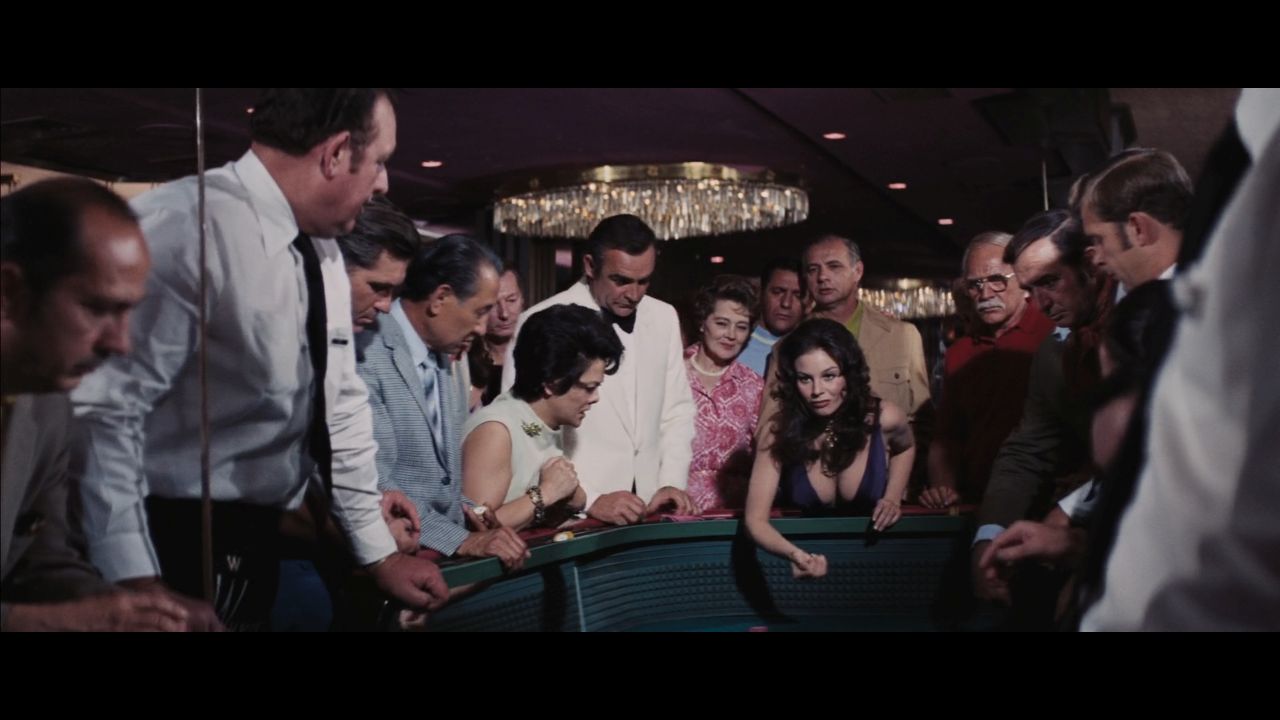 Diamonds Are Forever is a barely watchable, poorly acted, dull, cheap mess of a movie that doesn’t even feel like a Bond movie with one of the worst villains in the history of cinema. Just skip it.

After playing agent 007 in five movies, Sean Connery left the role of James Bond after finishing You Only Live Twice (1967) and was replaced by an unknown Australian model and actor George Lazenby in On Her Majesty’s Secret Service (1969). Lazenby was actually offered a contract for seven movies but he declined the offer and left the series. So search for a new Bond begin. Producers Albert R. Broccoli and Harry Saltzman tested a couple of actors, but studio United Artists wanted to play it safe. They wanted Connery back as 007 and paid him $1.25 million to reprise the role of James Bond, which was at the time a record salary. Connery accepted the offer and producers hired Goldfinger helmer, Guy Hamilton, as a new director and Shirley Bassey to perform the theme song. Diamonds Are Forever,  the seventh movie in the Bond franchise produced by Eon Productions and the sixth 007 film for Connery, premiered in 1971. and was a box office success, received solid reviews, and even one Oscar nomination (for Best Sound).

The less we speak about this one the better as it’s not only the worst Connery’s James Bond film but also the worst Bond movie in the series. Based on Ian Fleming’s novel of the same name from 1956, this one follows Bond who goes to Las Vegas due to a diamond smuggling investigation but uncovers a much bigger plot and discovers that the man behind it is actually his archenemy Blofeld.

Diamonds Are Forever doesn’t feel like a Bond movie at all but like some very cheap copy of the real product. It is a disaster on every level. The movie is badly written, the story isn’t interesting or engaging, Connery seems bored to death, action sequences are dull and mostly poorly made, locations don’t fit in the Bond movie, and intro scene feels rushed and is one of the worst in the series.

The villains are nothing better – actually they are pretty awful. Charles Gray, who by the way played a small role in You Only Live Twice, gives us probably the worst Blofeld of all time but he’s at least tolerable. However, the same can not be said about henchmen in this movie – Diamonds Are Forever has not one but four really terrible henchmen. Or two pairs to be more precise. Mr. Wint and Mr. Kidd were supposed to be these offbeat and weird henchmen but both the characters and performances from actors are truly terrible. They are in my humble opinion one of the worst villains of all time,and what’s more baffling that no one, from director to producers, didn’t realise this.

Not much better are  Bambi and Thumper, a female henchmen who are also badly written and acted characters and their fight scene with Bond is so bad that is embarrassing to watch. If everything I said isn’t enough let’s also mention that Bond gives an atomic wedgie to one of the henchmen.

One of the Bond girls in this movie made our list of Bond girls with a funny name but that’s the only memorable thing about her. The only good thing in this movie is a theme song by Shirley Bassey which is one of the better James Bond songs of all time.

Diamonds Are Forever is a barely watchable, poorly acted, dull, cheap mess of a movie that doesn’t even feel like a Bond movie with one of the worst villains in the history of cinema (Mr. Wint and Mr. Kidd). Just skip it.