Notice: fwrite(): send of 265 bytes failed with errno=10054 An existing connection was forcibly closed by the remote host. in E:\Websites\croatiat\shakennotstirredmovies.com\wwwroot\wp-includes\Requests\Transport\fsockopen.php on line 212
 Different Actors Who Won an Oscar For The Same Role - Shaken, Not Stirred

Different Actors Who Won an Oscar For The Same Role

Regardless of your or my opinion about Oscar, it is probably the most prestigious award in the world. And it seems that playing a certain character increases the actor’s chances of winning an Oscar or at least getting a nomination for Best Actor or Best Supporting Actor.

In this article, we’ll find out which different actors won an Oscar for the same role and which pair of actors were nominated for an Oscar for playing the same character. And if you want little more Oscar trivia you can read our article about Directors with multiple Best Director Academy Award nominations in the same year.

What role has won Oscars for two different actors who played him?

There are only two characters in history for which two different actors have won an Academy Awards – Vito Corleone and Joker.

Vito Corleone is a character from Mario Puzo’s novel The Godfather who appears in two movies, both directed by Francis Ford Coppola (Apocalypse Now, The Conversation) – The Godfather and The Godfather: Part II. 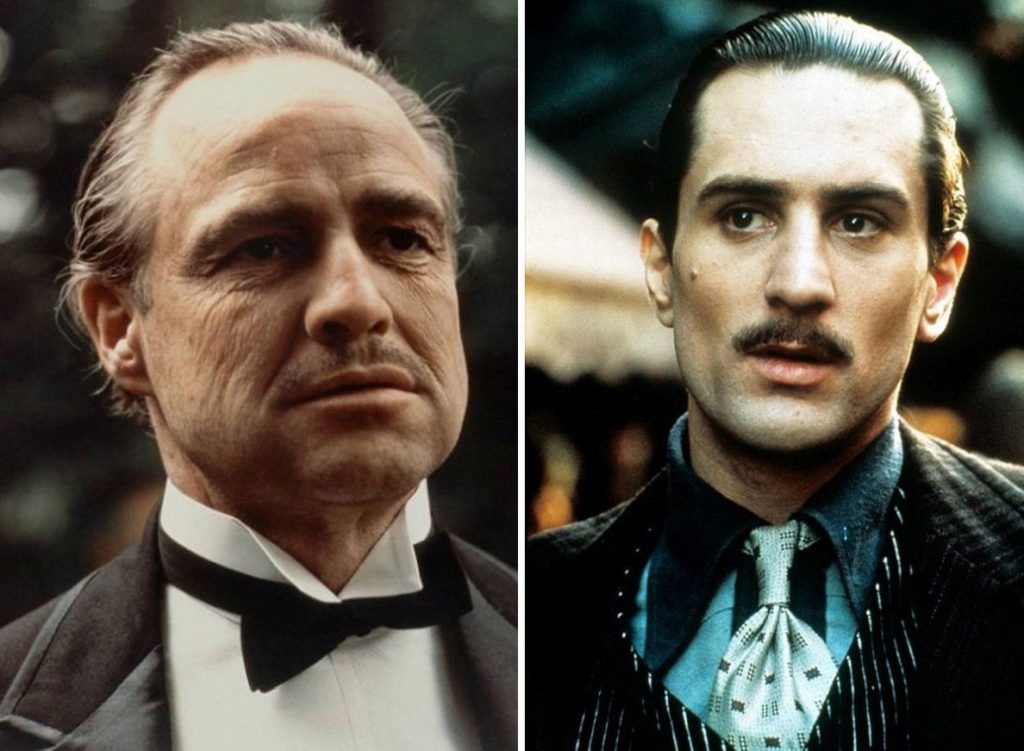 Vito Corleone – Marlon Brando (on the left), Robert De Niro (on the right)

In the first movie, The Godfather, “Don” Vito Corleone is an aging head of the Corleone mafia family in New York played by Marlon Brando (Last Tango in Paris, A Streetcar Named Desire). 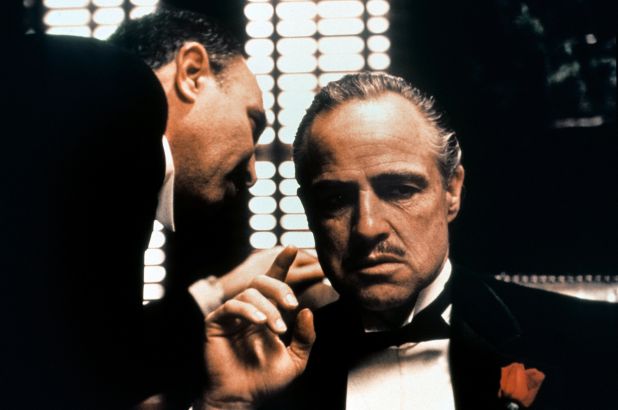 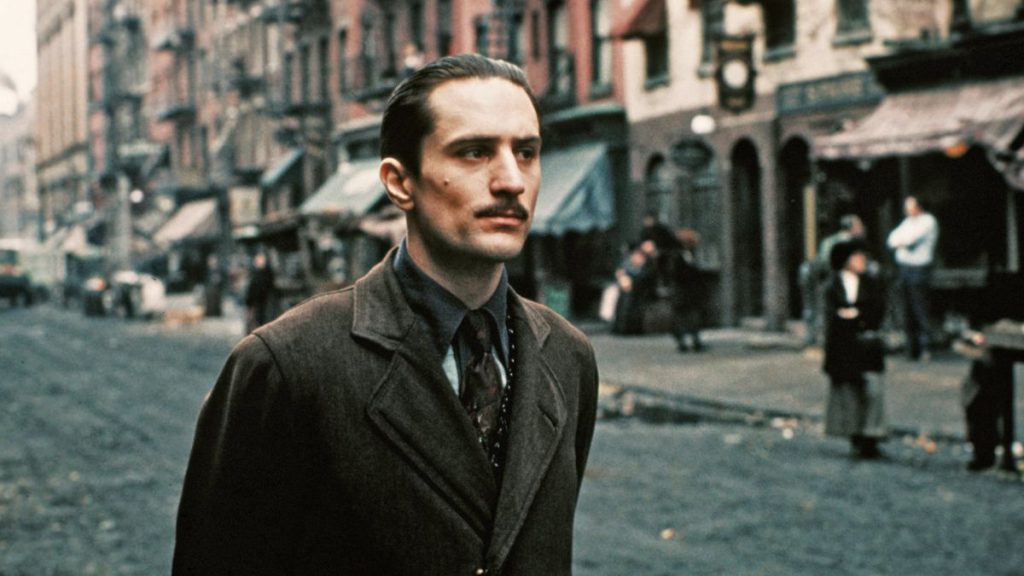 Until this year Vito Corleone was the only character for which two different actors have won an Academy Awards.

The only other character in film history for which two different actors have won an Academy Awards is one and only, The Joker. The biggest and most famous Batman nemesis was portrayed by many different actors, some with more (Jack Nicholson, Joaquin Phoenix, Heath Ledger) and some with less success (Jared Leto). In fact, almost all the actors that played The Joker gave amazing performances and were hailed by both critics and audiences. And two of the actors received not only nominations but an Academy Award for best performance – first Heath Ledger and then Joaquin Phoenix. This was only the second time in history that two different actors have won an Academy Awards for the same role.

In maybe the best superhero movie of all time, The Dark Knight from director Christopher Nolan (Memento, Inception, Prestige, Dunkirk), Heath Ledger (Brokeback Mountain, A Knight’s Tale) played Batman’s villain The Joker. When it was announced that Joker will be played by Heath Ledger many were skeptical, myself included. But in the end, Ledger gave an excellent performance which earned him universal acclaim and popularity. Unfortunately, while The Dark Knight was in its editing phase, Ledger died due to an accidental overdose of prescription medications. His unforgettable performance was awarded posthumously and Ledger won Best Supporting Actor Academy Award. 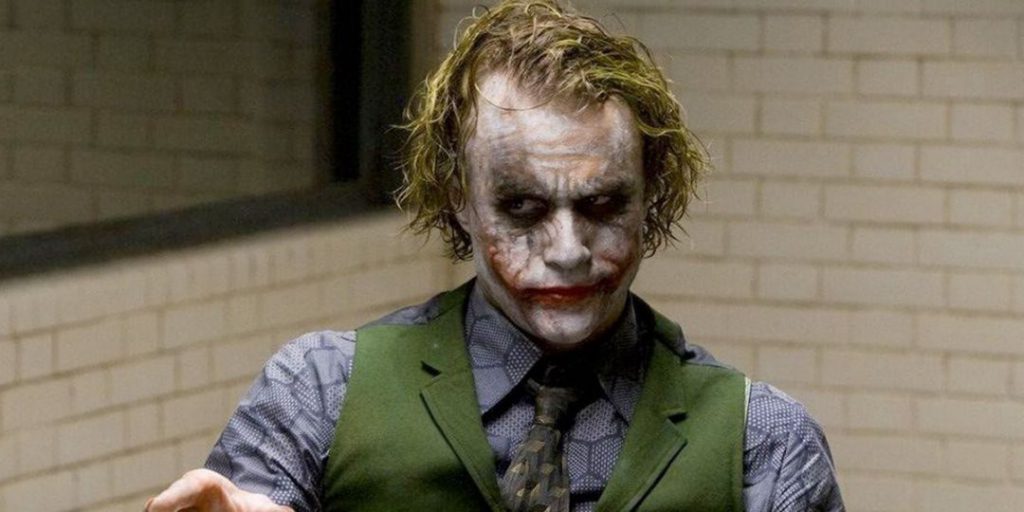 More than a decade later, Joaquin Phoenix (Walk the Line, The Master, Her, Inherent Vice), one of the best actors working today, played the same character in Joker. Directed by Todd Phillips, known for comedies like Hangover trilogy, Old School and Road Trip, and inspired by early Martin Scorsese’s work like Taxi Driver and King of Comedy, Joker is more of a gritty psychological drama than a superhero movie. And actually a very good one with one more praise-worthy performance from Joaquin Phoenix which deservedly won him a Best Actor Academy Award. 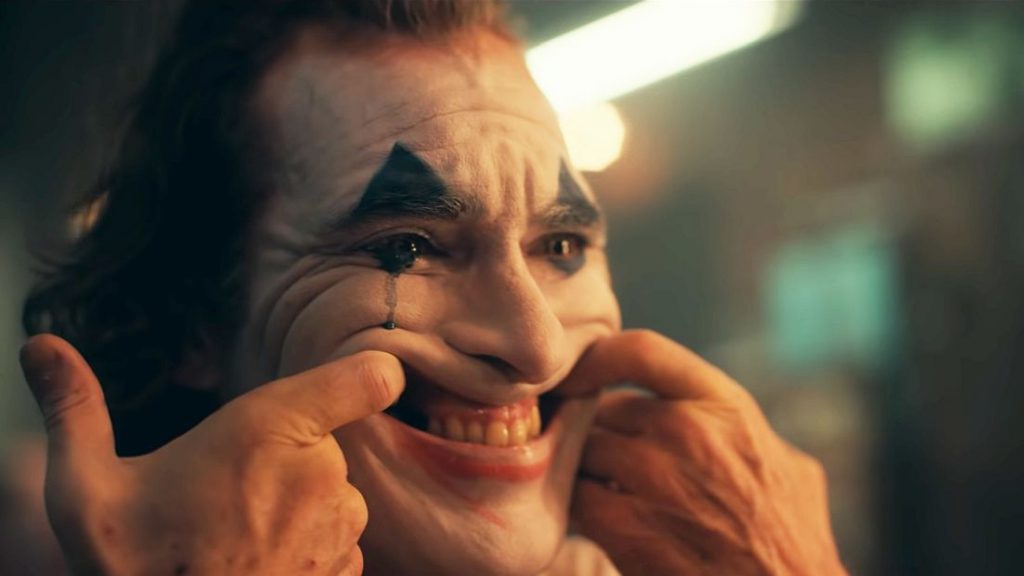 Phoenix’s portrayal of Joker was much different than Ledger’s, and each actor made the character his very own so it’s hard to say which actor was better in this role.

Different Actors Nominated for an Oscar for the Same Role

But there were also different actors nominated for an Oscar for the same role but in the end, didn’t win it. Let’s take a look at some of the actors who were nominated for an Academy Award for playing the same character.

Rooster Cogburn is a character from the novel True Grit (1968) by Charles Portis which was adapted for the big screen in 1969. Cogburn was played by John Wayne and won the Academy Award for Best Actor. 42 years later The Coen brothers (Fargo, Big Lebowski)  made a new version in which Rooster Cogburn was played by Jeff Bridges. He was also nominated for the same award but lost to Colin Firth for The King’s Speech.

One more pair of actors nominated for the same role is Laurence Olivier and Kenneth Branagh. They both played Henry V, Olivier in Henry V from 1944 nad Branagh in Henry V from 1989. Neither of them won an Academy Award for Best Actor.

Richard Nixon was played by Anthony Hopkins and Frank Langella in two different movies. Hopkins portrayed him in Nixon (1995) from director Oliver Stone (JFK, Natural Born Killers, Platoon) and Langella in Frost/Nixon (2008) from director Ron Howard (Rush, Apollo 13, Cocoon, Ransom). They were both nominated but in the end, neither of them won an award.

After Titanic, Winslet experienced the same thing in 2001. In Iris from director Richard Eyre both she and Judi Dench played the same character of Iris Murdoch and were nominated, Dench for Best Actress in a Leading Role and Kate Winslet for Best Actress in a Supporting Role. They both lost, Dench to Halle Berry for Monster’s Ball and Winslet to Jennifer Connelly for A Beautiful Mind.