Notice: fwrite(): send of 265 bytes failed with errno=10054 An existing connection was forcibly closed by the remote host. in E:\Websites\croatiat\shakennotstirredmovies.com\wwwroot\wp-includes\Requests\Transport\fsockopen.php on line 212
 Dr. No Review: James Bond Movie That Started It All - Shaken, Not Stirred

Dr. No Review: James Bond Movie That Started It All 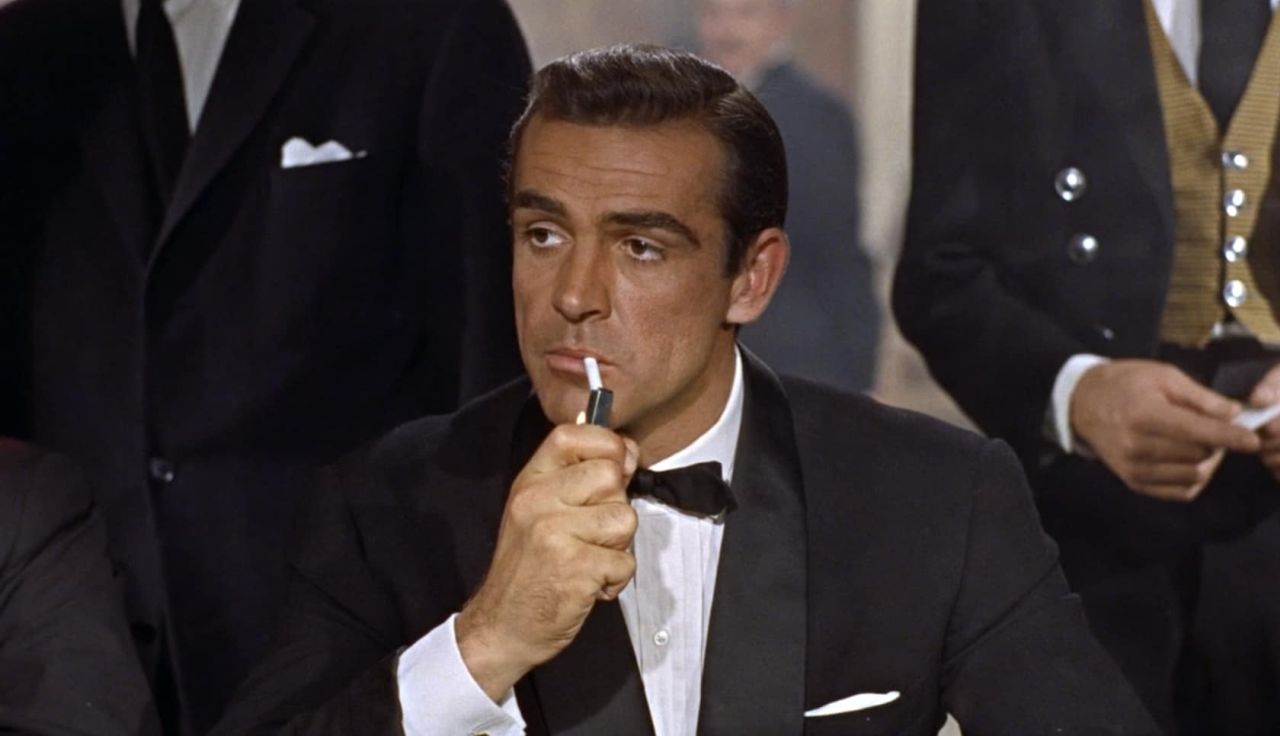 Movie description: A resourceful British government agent seeks answers in a case involving the disappearance of a colleague and the disruption of the American space program.

Although not the best Bond film and not as amusing or thrilling as some of the best entrances in the franchise, Dr. No is a solid action thriller and introduction to agent 007 with great casting choice in Sean Connery for the lead and iconic theme song but that feels outdated with poor and unconvincing action scenes.

Dr. No, or the one that started it all, was the first appearance of agent 007 on the big screen. Played for the first time by Sean Connery and directed by Terence Young, who would later helm a couple of more Bond movies (From Russia with Love, Thunderball), Dr. No was based on the novel of the same name by Ian Fleming from 1958.

After Harry Saltzman obtained the rights for the novel, he was approached by Albert R. Broccoli, and soon they formed a partnership with the intention to adapt them into movies. But many Hollywood studios rejected them and didn’t want to fund the movies, as they found source novels “too British”. In the end, United Artists jumped in and production started on Dr. No. Originally, Broccoli and Saltzman wanted to do Thunderball but as there were some legal issues they decided to first adapt Dr. No. After Terence Young was hired as a director, Broccolli and Saltzman started searching for the actor who would play Bond. Initially, they wanted Cary Grant for the role, but Grant didn’t want to commit to more than one movie. In the end, they decided that a 32 year-old Sean Connery was the right choice for the role of 007.

In Dr. No, Bond goes to Jamaica to investigate the disappearance of a fellow British agent. His investigation will lead him to the mysterious Dr. No (Wiseman) and his secret lair where he’ll uncover a sinister plot. Dr. No had a low budget and was a huge financial success kick-starting the longest-running franchise in history.

Although it has some problems, like the script and poor action scenes, Dr. No is a solid action thriller that introduced the audience to our favorite spy. There was more than one thing Dr. No does right. John Barry’s James Bond theme is one of the best and iconic music themes of all time; Connery is excellent as Bond – he has the looks, charm, and cool for the role, but is at the same time witty and dangerous. Joseph Wiseman, while not the best 007 antagonist, was a solid villain and Ursula Andress as Honey Ryder made an iconic entrance and set a standard for Bond girl.

Although this was one of the more faithful adaptations and closer to the source material, this wasn’t a Bond we all know and love from the movies as some of the series trademarks were missing – no fast sports cars, no Aston Martin, no Q, no gadgets, no various attractive locations, no opening musical credit sequence.

Yes, in Dr. No 007 visits an exotic location, seduces beautiful women and stops insidious plans of a big baddie with a secret lair, but it was missing all the series trademarks mentioned above and everything felt small-scale (which is not a bad thing by default, don’t get me wrong). I mean, in the second half of the movie, Bond is captured but manages to free himself and while trying to stop Dr. No, and his men, the only person who tries to stop 007 is Dr. No. They fight, Bond wins and that’s it. I wonder what all Dr. No’s men were doing? Holding a candle? Additionally, Dr. No isn’t that amusing and thrilling as some of the best 007 movies.

Still, Dr. No is a solid action thriller and introduction to agent 007 but that feels outdated with poor and unconvincing action scenes. Connery’s third-best 007 movie.