Notice: fwrite(): send of 265 bytes failed with errno=10054 An existing connection was forcibly closed by the remote host. in E:\Websites\croatiat\shakennotstirredmovies.com\wwwroot\wp-includes\Requests\Transport\fsockopen.php on line 212
 First reactions for Black Panther are overwhelmingly positive - Shaken, Not Stirred 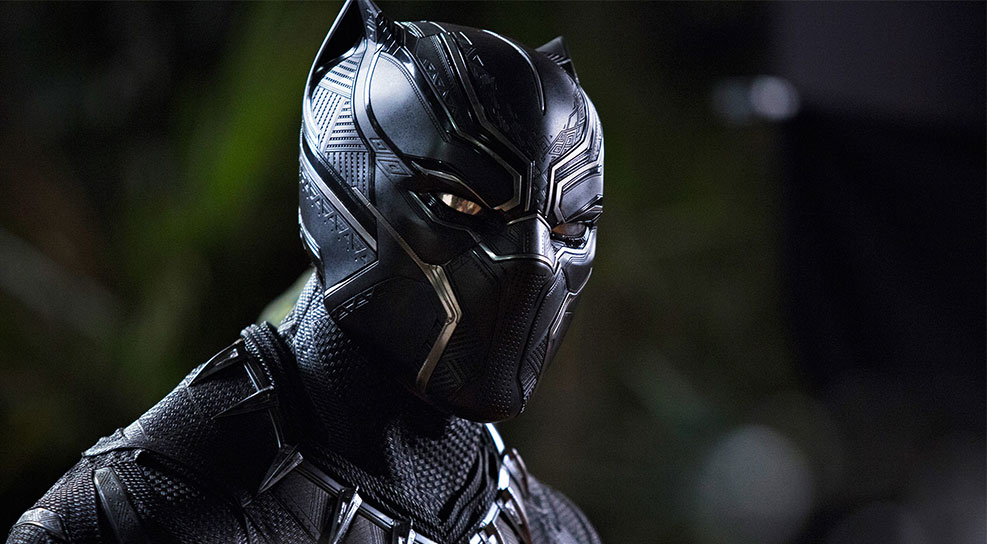 Black Panther, a long-awaited adaptation of Marvel comic book, opens in two weeks (on February 16, 2018), and Marvel Studios had its world premiere on Monday night. First reactions are overwhelmingly positive, some of them calling it the best Marvel movie ever.

I’m still not convinced as I didn’t like Black Panther trailers very much and it looked to me like one more generic Hollywood superhero movie. And the last couple of movies from Marvel Studios (Spider-Man: Homecoming, GOTG Vol. 2, Thor: Ragnarok) also received pretty good reviews and I found them watchable at best. Adding to that, the first movie from director Ryan Coogler, Fruitvale Station, was in my humble opinion way overrated and nothing special (I didn’t watch Creed).

.#BlackPanther is phenomenal to say the least! All cylinders from direction, acting, production design, costumes and action are Aces!!!

#BlackPanther is everything we all wanted it to be. A smart, emotional, well-told story. And just f'ing beautiful. pic.twitter.com/dvNDgEH7k0

Black Panther is the best MCU movie ever. I was blown away from start to finish and I’m not even being biased. This was by far the best marvel movie to date. Thank you, Ryan Coogler! #BlackPanther pic.twitter.com/8Qh0hlOYAb

BLACK PANTHER is incredible, kinetic, purposeful. A superhero movie about why representation & identity matters, and how tragic it is when those things are denied to people. The 1st MCU movie about something real; Michael B. Jordan’s Killmonger had me weeping and he’s the VILLAIN

Ryan Coogler knocked it out of the park, some great sequences presented in a “single take/shot.” If this movie isn’t nominated for costume, art and production design awards next year, I would be seriously shocked. #blackpanther

#BlackPanther is hands down my FAVORITE @Marvel movie so far! Also, the women in this movie KICK ASS!!! Freaking spectacular! pic.twitter.com/0So83tUt1z

BLACK PANTHER is just astonishing. Ryan Coogler has harnessed the superhero movie — and a really fun one! — to explore profound ideas and create vivid images of black excellence that so rarely ever make it to a giant Hollywood movie. Wow wow wow!

Wow. Black Panther is the best MCU movie ever. I’m not even being biased. This was by far the best marvel movie to date. #BlackPanther

BLACK PANTHER is exactly what you'd expect from Ryan Coogler: A better-than-average superhero movie. I dug the music, the costumes, the gadgets & the intimacy. It's abt the fight for the future of Wakanda, and thus the fate of the world. The LADIES rule – Lupita, Letitia & Danai.

Has January already given us an Oscar front runner? Because good luck to anyone who tries to take the trophy from BLACK PANTHER costume designer Ruth Carter. The Dora Milaje would like a word.

Ryan Coogler had something to say, y'all.

So #BlackPanther is a Marvel movie with a message.

The revolution will not be televised but this flick is straight up revolutionary!

Danai and Leticia steal every scene they are in.

#BlackPanther: I never wanted this movie to end, and as soon as it did I wanted to go back. Solid action, smart story, tons of personality. Shuri is my new fave, Nakia is everything, Killmonger is incredible, T'Challa deserves to rule the MCU. Coogler has done it again. 💜🖤💙 pic.twitter.com/t9gG3DLuCL

Saw #BlackPanther tonight at long last, and was so impressed by the characters and world building that Ryan Coogler brought to the MCU. This movie asks the right questions and challenges the right themes, while creating one of the most impactful villains to date with Killmonger. pic.twitter.com/6tBus6KZ2I

BLACK PANTHER is unlike any other Marvel movie so far. The world building is unique, the story and cast excellent, it's got rich cultural and political themes and one of Marvel's best villains. Some issues keep it from the MCU's top shelf, but it's still a strong film.

You can find more details on IMDB and below you can watch a trailer for Marvel Studio’s Black Panther.

T’Challa, after the death of his father, the King of Wakanda, returns home to the isolated, technologically advanced African nation to succeed to the throne and take his rightful place as king.