Notice: fwrite(): send of 265 bytes failed with errno=10054 An existing connection was forcibly closed by the remote host. in E:\Websites\croatiat\shakennotstirredmovies.com\wwwroot\wp-includes\Requests\Transport\fsockopen.php on line 212
 From Russia With Love Review: One Of The Best Bond Movies In The Series - Shaken, Not Stirred

From Russia With Love Review: One Of The Best Bond Movies In The Series 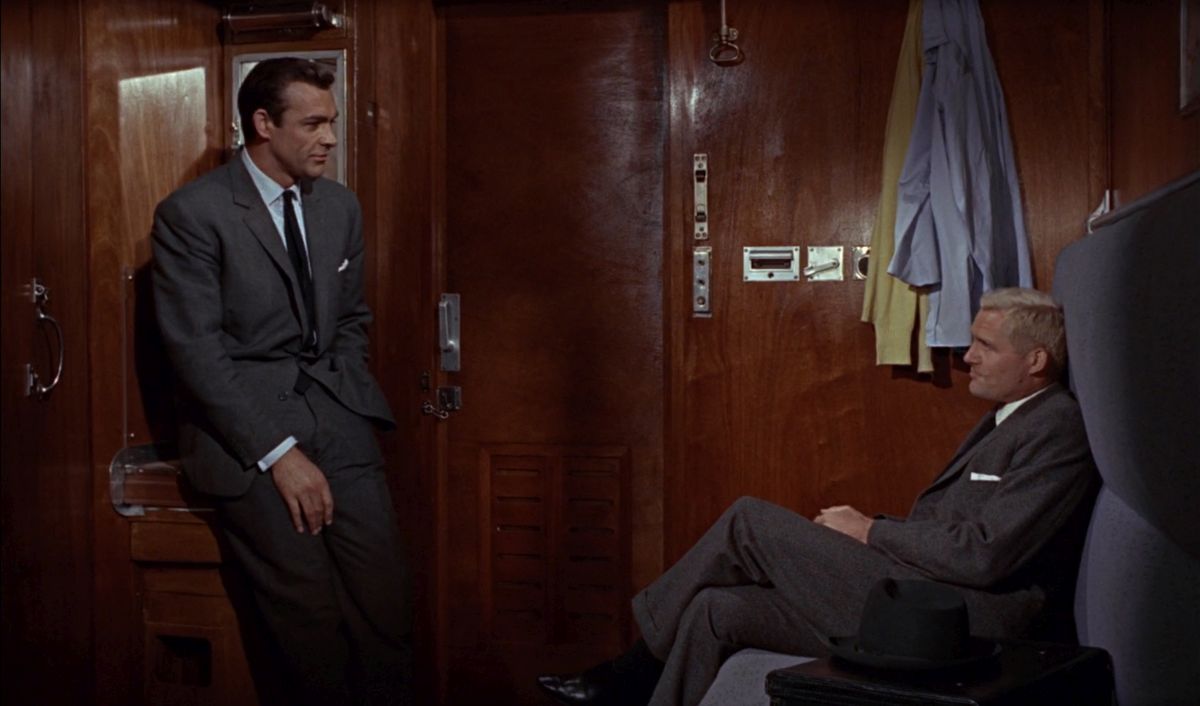 Movie title: From Russia With Love

Movie description: James Bond willingly falls into an assassination plot involving a naive Russian beauty in order to retrieve a Soviet encryption device that was stolen by S.P.E.C.T.R.E.

Released just a year after Dr. No, From Russia with Love is a second James Bond movie to hit the big screen. Produced by Eon Productions, this was also a second time for Sean Connery in the role of 007 and is based on Ian Fleming’s novel from 1957. In this one Bond goes against SPECTRE, a powerful international criminal organization that devises a sinister plan to kill Bond as revenge for the death of Dr. No in previous movie. Although knowing it’s a trap, Bond accepts the assignment in order to retrieve a Soviet encryption device called “Lektor”.

After the success of Dr. No, a sequel was greenlit with a bigger budget than Dr. No.  Producers Harry Saltzman and Albert R. Broccoli decided to adapt From Russia With Love after Bond’s big-screen debut as this was one of the favorite books of all time for John F. Kennedy. The movie was praised by critics and was a commercial success, earning more money than Dr. No.

Directed by Terence Young who also helmed the previous one, From Russia With Love, is an improvement on every level from Dr. No. Connery was as good as the first time, proving that he was a great choice for the role of James Bond. Tatiana Romanova played by Daniela Bianchi was a more interesting Bond girl than Honey Ryder and had a more believable romance with agent 007. Menacing Russian operative Red Grant, played by Robert Shaw, was one of the better henchmen in Bond catalog, and action sequences, while scarce, were thrilling and entertaining. It’s actually a little shocking how much action scenes are better than in Dr. No.

One of the lowest points of the movie was Lotte Lenya who plays a SPECTRE villain Rosa Klebb, one of the main SPECTRE members behind this plan to lure Bond into a trap. She was just unconvincing in the role and her fight with Bond at the end of the movie was just poorly executed. Rosa Klebb was one of the worst villains to appear in 007 movies. At least, she served as an inspiration for great Frau Farbissina in Austin Powers.

From Russia With Love was a first Bond film with the musical title sequence and featured the first appearances of Q and Ernst Stavro Blofeld, the head of a global criminal organization called SPECTRE. Desmond Llewelyn, who plays Q, will reprise this role 16 more times before his death in 1999. Although it had a bigger budget than Dr. No, From Russia With Love is more of a Cold War thriller than a big-budget action spectacle. It is Connery’s second-best and one of the best Bond films of all time.