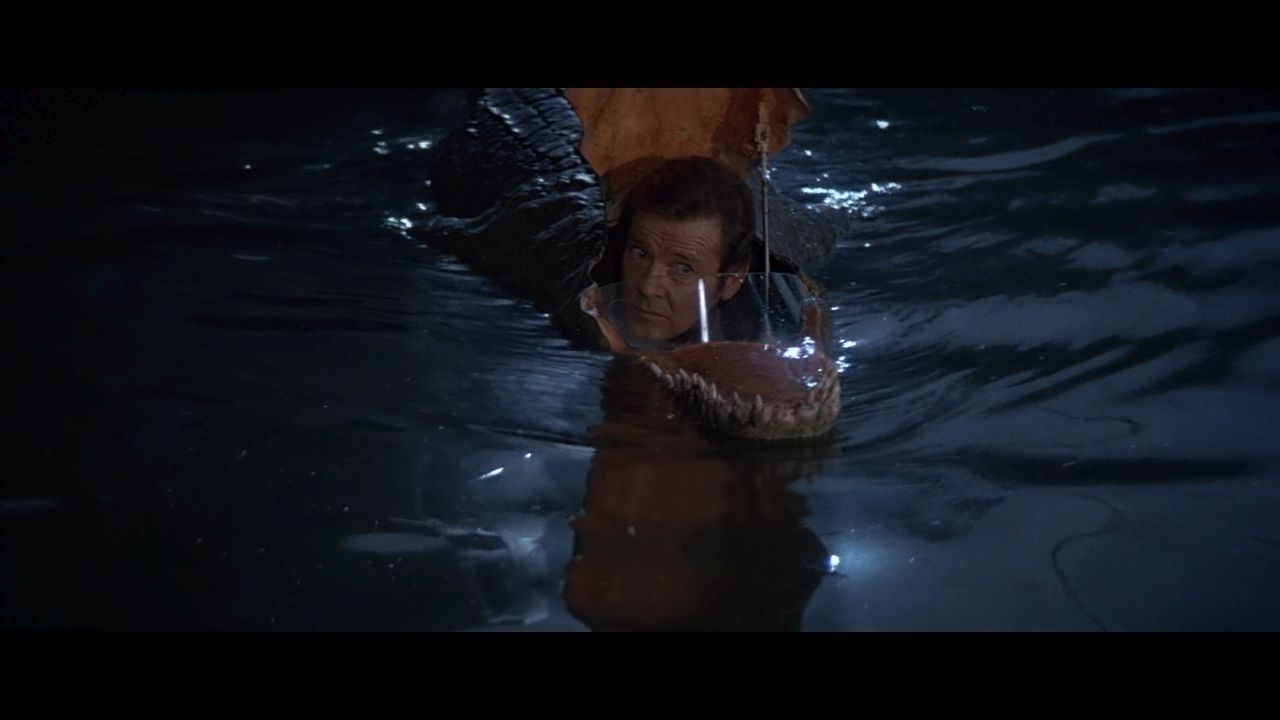 One of the trademarks of James Bond movies were always his unforgettable gadgets. Who could forget submarine Lotus Esprit, spike umbrella, bagpipe flamethrower, a remote control car, X-ray glasses, ghetto blaster, whistle-activated keychain with an explosive charge, lock pick and stun gas, invisible car or a jetpack just to name a few? And although James Bond is not known for wearing disguises (he doesn’t need them as the guy introduces himself to every villain he meets), he occasionally adopted disguises or used some of the gadgets to conceal his identity, often with hilarious results.

So let’s take a look at the most hilarious disguises James Bond adopted during the years.

James Bond Wearing a Wetsuit With a Bird On Top, Goldfinger (1963)

At the start of one of the best Bond movies Goldfinger, agent 007 must infiltrate a secret facility. How will he do this? By wearing a wetsuit with a bird on top, of course. 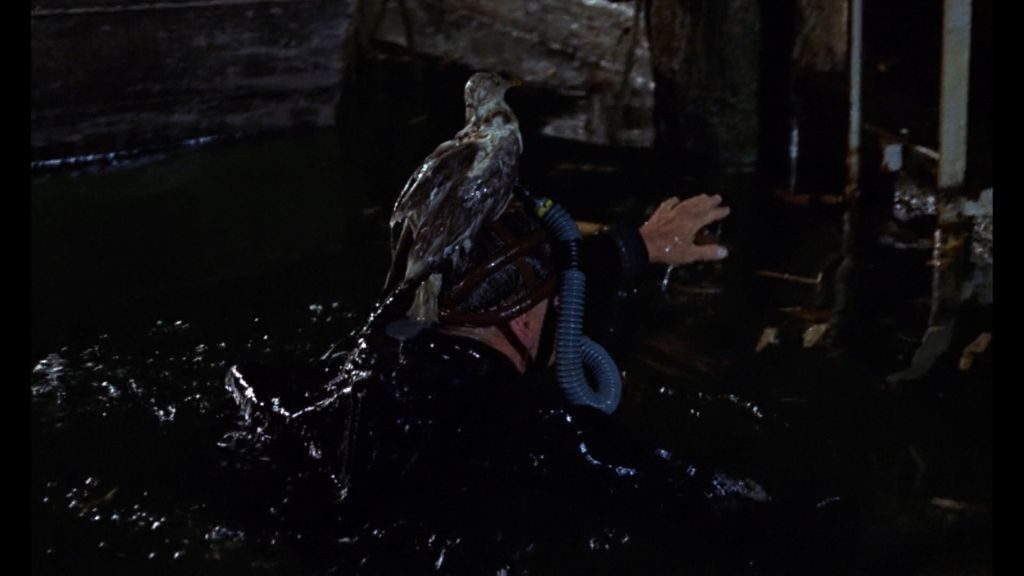 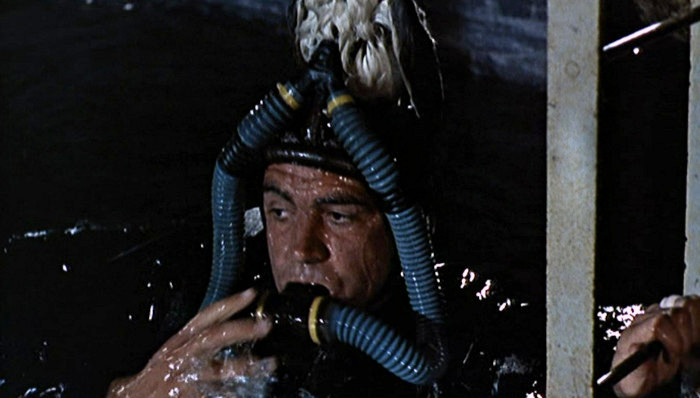 In this scene first what we see is a seabird on the water but underneath it is our favorite spy with scuba equipment. After getting rid of fake seabird, Bond beats up a bad guy, plants some explosives, and removes his wetsuit under which he wears a white tuxedo.

Bond’s Transformation Into a Japanese Man, You Only Live Twice (1967)

In You Only Live Twice, or the one with Blofeld and his secret volcano lair, Bond needs to go undercover as a Japanese fisherman to infiltrate Blofeld’s base. To do so they change his eyebrows, tint his skin, and gave him a wig and an eye flap, and as you can see from the photo below the final result is outstanding as no one would guess that underneath this well-made disguise is actually James Bond :).

James Bond transformation into Japanese fisherman, You Only Live Twice (1967)

I really don’t know what they were thinking as Bond could only fool a blind person. I was just waiting for Bond to say something like “flied lice”, “me so hony” or “me so solly”.

In Octopussy, one of the silliest Bond movies in history, Bond wears a clown outfit to get inside a circus to disarm a nuclear bomb.

And this is not the only disguise he wears in this ridiculous, but a funny and entertaining movie, as you will see in the rest of the article.

Besides wearing a clown outfit to get inside a circus to disarm a nuclear bomb, in Octopussy Bond also uses a crocodile-shaped submarine to enter Octopussy’s island. 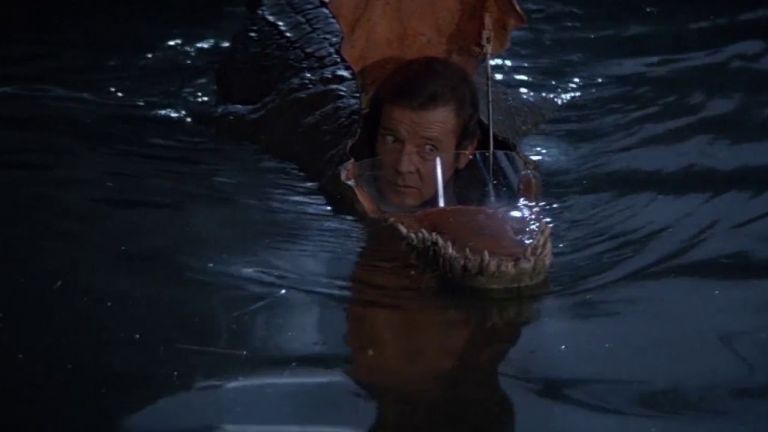 Similar to the scene in Goldfinger with wetsuit with a bird on top of it, here we see a crocodile swimming in the water. Nothing wrong with it, until it opens his mouth only to reveal it is not a crocodile but a crocodile-shaped submarine with Roger Moore in it.

If clown disguise and crocodile-shaped submarine weren’t enough, in Octopussy Bond also gets into a gorilla costume to hide from bad guys.

Although Timothy Dalton’s Bond movies were known as more serious in the franchise, they also had their share of ridiculous moments. One of them is a scene in In Licence To Kill, second and last Bond movie with Timothy Dalton, where 007 uses underwater manta ray cover to disguise himself as a Manta Ray to infiltrate a ship. 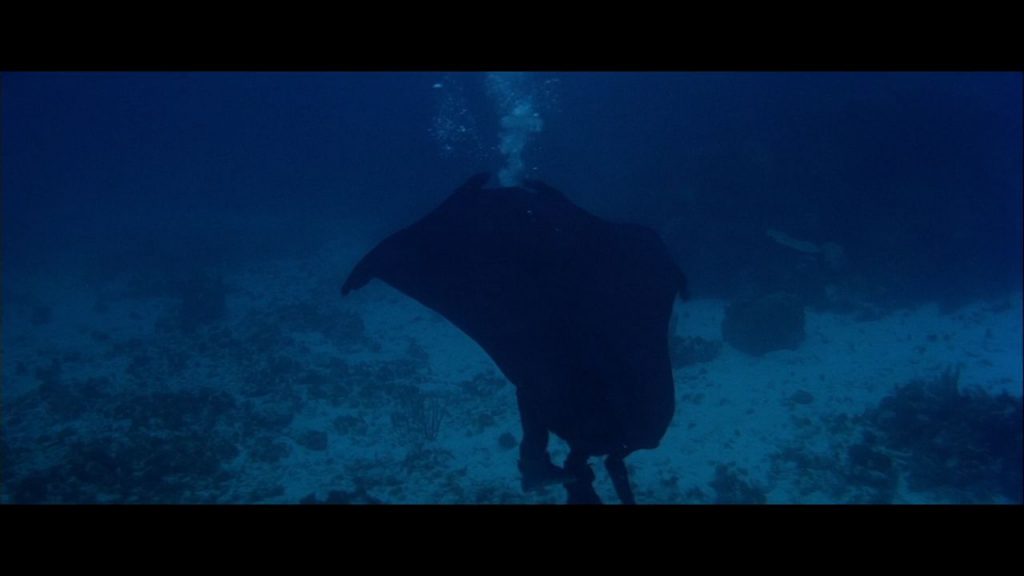 There you have it, the funniest James Bond disguises. And his disguises weren’t the only hilarious thing, evident by names of Bond girls which you can check in the following article – James Bond Girls With Funniest Names.