Notice: fwrite(): send of 265 bytes failed with errno=10054 An existing connection was forcibly closed by the remote host. in E:\Websites\croatiat\shakennotstirredmovies.com\wwwroot\wp-includes\Requests\Transport\fsockopen.php on line 212
 I’m Thinking Of Ending Things Review: Breaking Up With Reality - Shaken, Not Stirred

I’m Thinking Of Ending Things Review: Breaking Up With Reality 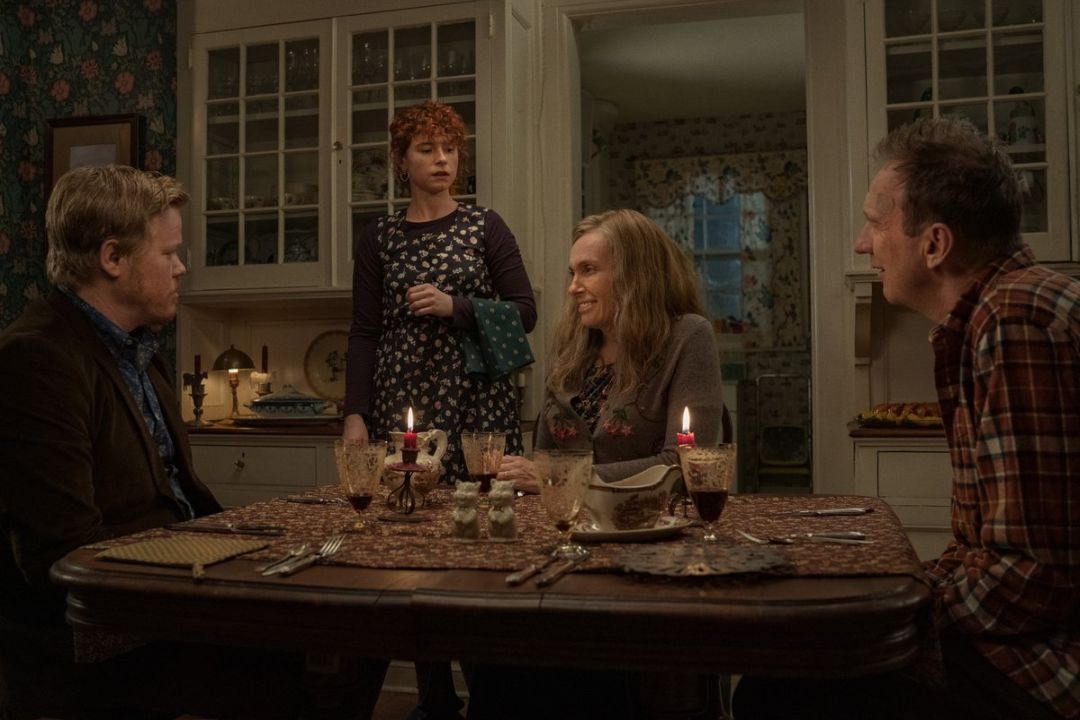 Movie description: Based on Iain Reid’s acclaimed novel, I’m Thinking Of Ending Things tells a story about a young woman (Jessie Buckley) who, despite having second thoughts about their relationship, travels with a new boyfriend (Jesse Plemons) to his family farm to meet his parents (Toni Collette and David Thewlis). Upon arrival, things get weird and she starts questioning everything she thought she knew about him, and herself.

While Netflix is definitely not new in the film production business, I’m Thinking of Ending Thing deviates a little from the standard Netflix formula and ends up being one of the most unique films we’ve seen on the platform so far.

The first “warning sign” about the content of the movie comes from its director, Charlie Kaufman. Kaufman is perhaps better known for writing peculiar films like Eternal Sunshine of the Spotless Mind, Adaptation, and Being John Malkovich. Fans of his previous works will find that there’s a lot of Kaufman’s unique style present in I’m Thinking of Ending Things, and cinema fans could even perceive a distinct David Lynch feeling scattered throughout the movie.

At the center of the story is a girl who feels trapped in her relationship with Jake, her seemingly perfect boyfriend. She agrees to accompany him to meet his parents and have dinner with them. What Jake doesn’t know is that his girlfriend plans to break up with him that very same day. The girl (who’s called by many different names in the film) can’t seem to find a valid reason to end her relationship, other than the fact that she doesn’t want to spend her life with Jake.

The deceptively simple plot of I’m Thinking of Ending Things works more like a trap to catch unsuspecting audiences by surprise. The couple’s relationship problems are merely an excuse for the surreal (and even disturbing) experience that is this movie. If there’s a way to better describe the film, it would be to say that it’s a Rorschach test in movie form.

Kaufman is well-known for his unique takes on reality, and we see a lot of that in I’m Thinking of Ending Things: the movie’s opening sequence of the couple talking about nothing in the car ride to Jake’s parents’ farm might be the only “normal” moment in the whole ordeal. Things quickly spiral out of control as soon as they reach their destination, and the difference between reality and delirium quickly becomes as hazy as the overall plot of the film.

To come into this film expecting a clear and concise plot would certainly be a huge mistake: most of the things that happen in the movie are open to a variety of interpretations, even the identities of the characters themselves; for example, the “main character” changes actresses for a brief second during a conversation in their car. Even if it sounds cliché, nothing is what it seems when it comes to this movie.

This ambiguity might be appealing to some, but might prove a little too overbearing for some audiences, and that’s fine. Movies aren’t always supposed to be transcendental analyses of the human condition, and sometimes we just watch a movie to forget the problems that come with our common, day-to-day lives. That’s the reason why it’s so hard to catalog I’m Thinking of Ending Things as a simple movie. To put it short, what Kaufman has created works more as a cinematic experience than a movie. It’s definitely not an experience that everyone will like, but then again, films such as these were never meant to compete with something like Marvel movies.

One thing’s for sure: I’m Thinking of Ending Things, based on Iain Reid’s acclaimed novel, will haunt you whether you like it or not. The film causes a profound impression on its audiences, even if the same effect could be achieved with a more concise plot, as David Lynch has shown us before.