Notice: fwrite(): send of 265 bytes failed with errno=10054 An existing connection was forcibly closed by the remote host. in E:\Websites\croatiat\shakennotstirredmovies.com\wwwroot\wp-includes\Requests\Transport\fsockopen.php on line 212
 Live and Let Die Review: The First James Bond Film With Roger Moore - Shaken, Not Stirred 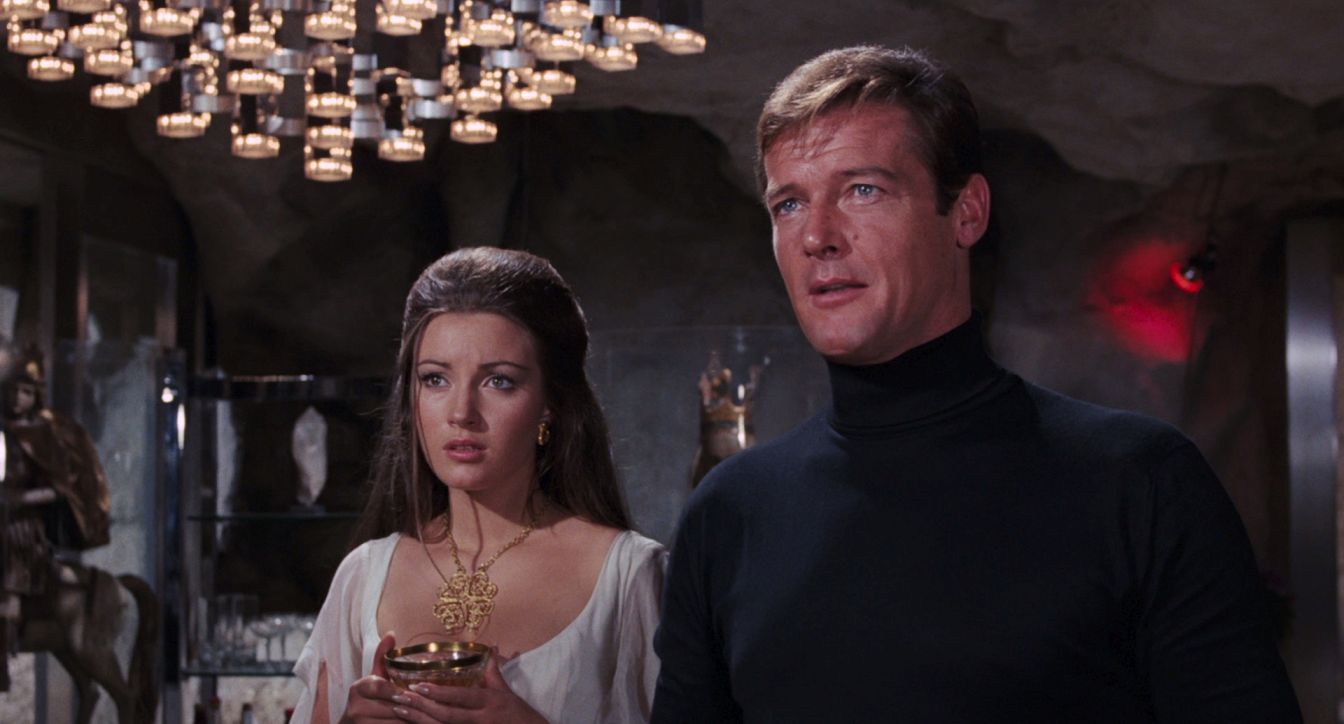 Live and Let Die, the eighth film in the series produced by Eon Productions and the first one with Roger Moore as James Bond is, unfortunately, one of the franchise’s worst entries.

Live and Let Die is a Roger Moore’s first James Bond movie and the eighth film in the series produced by Eon Productions. Based on Ian Fleming’s novel of the same name from 1954, Live and Let Die follows agent 007 who is sent to New Orleans, to investigate the mysterious deaths of several British agents and discovers that a man behind it is a dangerous and powerful drug lord known as Mr. Big (Yaphet Kotto).

Sean Connery was the first actor to portray James Bond on the big screen (but did you know that he wasn’t the first actor who played James Bond?). He played agent 007 in five movies and left the series after completing You Only Live Twice in 1967, so he was replaced with an unknown Australian model and actor George Lazenby for 1969′ On Her Majesty’s Secret Service. As Lazenby agreed to star in one movie only, producers managed to convince Connery (with a hefty paycheck) to return one more time and star in Diamonds Are Forever (1971), and after finishing that movie Sean Connery left the series for good (until starring in the unofficial Bond movie Never Say Never Again in 1983).

So search for a new Bond actor began. A couple of actors were considered for the role, like Burt Reynolds, Adam West, Julian Glover, and Michael Billington among others but in the end, Roger Moore got the part. By the way, Moore was already considered for the role of 007 twice – for Dr. No and On Her Majesty’s Secret Service. Bond veteran Guy Hamilton was chosen as a director so shooting began in October 1972 and Live and Let Die premiered in 1973. The movie was a commercial success, received mostly positive reviews from critics, and was nominated for the Academy Award for Best Original Song.

Following the worst James Bond movie in history and released during the height of the blaxploitation era, Live and Let Die is, unfortunately, one of the franchise’s worst entries. Directed by Bond veteran Guy Hamilton, who made Connery’s best (Goldfinger) and worst (Diamonds Are Forever) 007 movie, Live and Let Die proves that he got lucky with Goldfinger.

Let’s get it out of the way – I was never a fan of Roger Moore as James Bond because he is completely unconvincing in the role. I mean, give him a wig and put a little makeup on him and the guy looks like someone’s aunt. He doesn’t have the looks, physique, or the charm for the role of 007. To make things even worse he isn’t cool and doesn’t leave an impression of a dangerous and capable spy. So he is unconvincing in fight scenes or as a killing machine and he is unconvincing as a big womanizer. And even in his first 007 adventure, at the age of 46, Moore was too old for the role.

Although I enjoyed some of Moore’s Bond movies, Live and Let Die isn’t one of them – actually after terrible Diamonds are Forever we got one more bad Bond movie. It’s unspectacular and boring without memorable villains and Moore can’t hold a candle to Connery. Even it’s locations are not that attractive and the whole movie has this low-budget feel like the producers didn’t have much faith in the first Roger Moore 007 adventure. The pre-credit scene is also one of the worst in the series and the sooner we forgot about redneck Sheriff Pepper the better. Played by Clifton James, he was supposed to be a comic relief character but in the end is one more annoying and badly acted character in the Bond series, who unfortunately also appears a year later in The Man with the Golden Gun.

A very good theme song from Paul McCartney and Wings and speedboat chase through Louisiana bayou are some of the few good things about this movie. Like I said for its predecessor, Diamond Are Forever, just skip it.