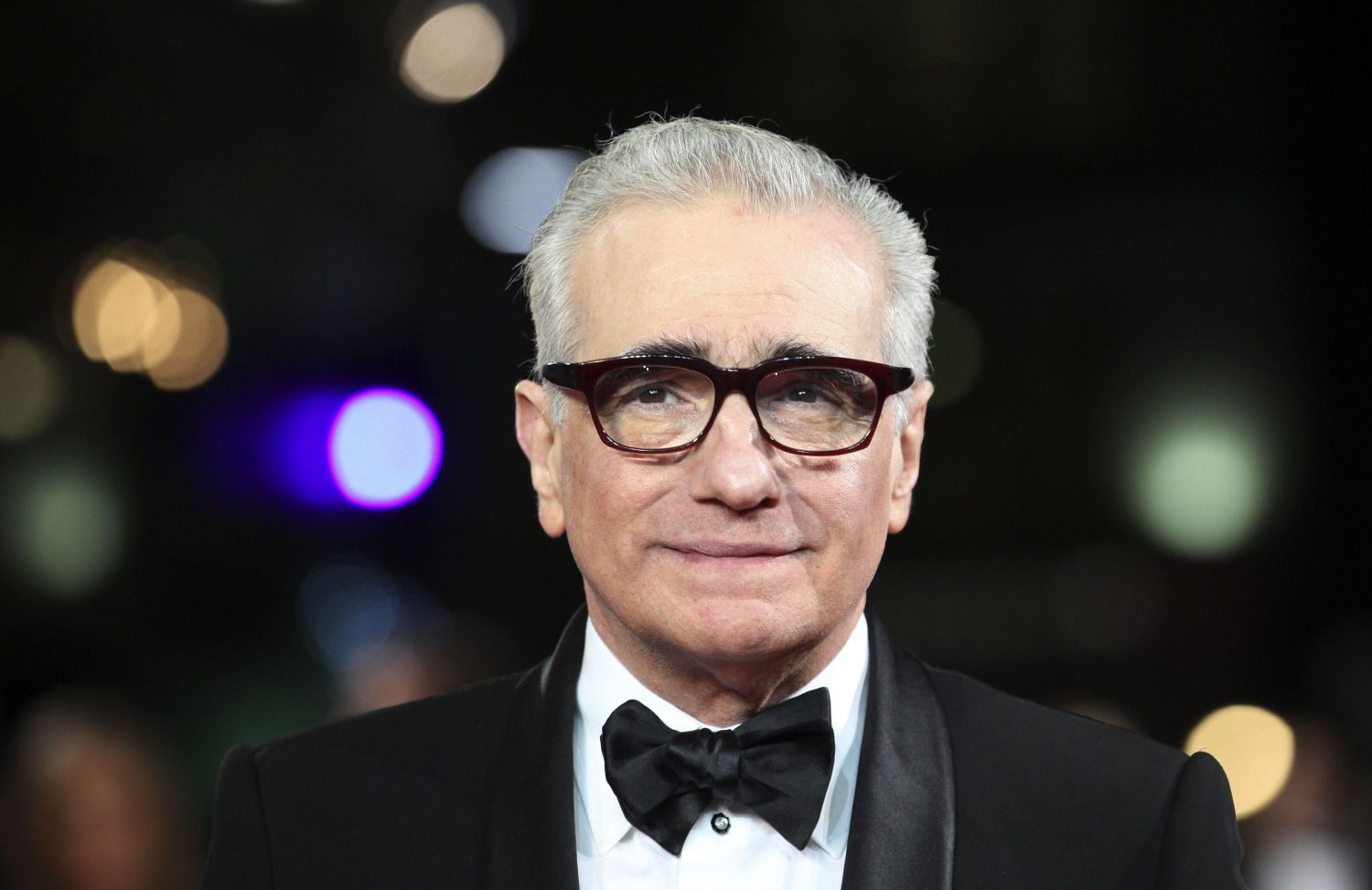 Martin Scorsese is without a doubt one of the greatest American directors of all time. While he had some rare misfires in his career like Bringing Out the Dead with Nicolas Cage or last year’s The Irishman, Martin Scorsese in his almost 60 years long career, directed many movies that are considered as classics and masterpieces like Taxi Driver, Goodfellas, Raging Bull, Mean Streets, Casino, The Departed and The Wolf of Wall Street.

Martin Scorsese is one of those directors with a distinct style where you can almost immediately tell you’re watching a Scorsese movie just by looking at a couple of shots. Freeze frames, long tracking shots, slow-motion, split-diopter shots, violence, crime, corruption, use of popular music, characters talking to themselves in the mirror, these are all trademarks of Martin Scorsese that he uses repeatedly in his movies.

One of Scorsese’s trademarks is a long tracking shot, a shot in which the camera moves through the scene for a longer period of time often following a subject as it moves through the scene. Scorsese’s most famous long tracking shot is from the movie Goodfellas (1990),  where the camera follows Henry Hill (Ray Liotta) and Karen (Lorraine Bracco) through the Copacabana night-club. This is considered as one of the best tracking shots in cinema. By the way, did you know that this iconic shot exists because Scorsese couldn’t get permission?

Martin Scorsese often uses freeze frames shots in his movies. Freeze frame is a technique where a movement in your image is paused making it resemble a still photograph. It’s almost like pressing a pause on your remote control. This technique can be witnessed in Raging Bull (1980), Goodfellas (1990), Aviator (2001), The Departed (2006), and The Wolf of Wall Street (2013).

Martin Scorsese often begins his movies, like Raging Bull, Casino, Goodfellas, and The Wolf of Wall Street, with a segment that is taken from the middle or end of the movie. Take a look at this opening scene from Casino where DeNiro enters a car which then explodes – it’s actually a segment that happens much later in the movie.

He often uses a slow-motion technique

I don’t think we need to explain what slow-motion is. It’s been overused over the years but when done right it can produce excellent results. Martin Scorsese is one of the directors that often uses slow-motion but mostly in the right amount and with a specific purpose.

The use of slow-motion can be seen in many of his movies, like Mean Streets, Taxi Driver, Raging Bull, Goodfellas, Cape Fear, Casino, Gangs of New York The Aviator, The Departed, Shutter Island or The Wolf of Wall Street. Also, his leading ladies in their first scene in a movie are usually shot in slow motion wearing white and seen as angelic in the eyes of the protagonist (Sharon Stone in Casino, Cybill Shepherd in Taxi Driver, and Cathy Moriarty in Raging Bull).

Most of Scorsese’s movies feature narration

Scorsese commonly uses voice-over narration (Goodfellas, Casino, Mean Streets, Taxi Driver, The Departed, just to name a few), a technique often used in the film, theatre, or television. While in some cases voice-over narration can be viewed as a sign of a bad script, as authors had to say what’s going on rather than showing it to the audience, in some cases, when done well, can provide an insight into the character’s mind and add depth to the characters.

Martin Scorsese is a huge fan of The Rolling Stones and has used songs from their catalog in his movies. Not only that but he also directed Shine A Light in 2006, a documentary chronicling their career. The Rolling Stones’ song Scorsese used the most is Gimme Shelter which is featured in three of his movies – Goodfellas, Casino, and The Departed.

Other songs from The Rolling Stones Scorsese used in his movies include Jumpin Jack Flash and Tell Me in Mean Streets, Monkey Man and Memo From Turner in Goodfellas,  Let It Loose in The Departed, Long Long While, (I Can’t Get No) Satisfaction, Heart Of Stone, Sweet Virginia, and Can’t You Hear Me Knocking in Casino.

Most of his movies feature split-diopter shot

One of the techniques that Scorsese uses in most of his movies is a split-diopter shot. A split diopter lens is a half convex glass that attaches to the main lens of the camera and allows focusing on two characters or objects in different depths – while lens focuses on a character or object in the background, the diopter focuses on a foreground element. This can be seen in The Departed, Casino, Gangs of New York, Cape Fear, The Aviator, and The Wolf of Wall Street.

Many of Scorsese’s movies feature at least one character who is extremely violent or unpredictable. I think the best example is Joe Pesci in Goodfellas.

Characters talking to themselves in the mirror

One more thing commonly seen in Scorsese’s movies is characters talking to themselves in the mirror. This can be seen in Taxi Driver, Raging Bull, The Wolf of Wall Street, and Shutter Island, just to name a few.

While Scorsese has worked with many great actors, like Jack Nicholson, Al Pacino, Paul Newman, or Willem Dafoe, there are some he worked on multiple occasions. His most frequent collaborators are Robert De Niro, Leonardo DiCaprio, Joe Pesci, and Harvey Keitel – Pesci appeared in four Scorsese’s movies (Goodfellas, Casino, Raging Bull, and The Irishman), Keitel in six (Who’s That Knocking at My Door, Mean Streets, Alice Doesn’t Live Here Anymore, Taxi Driver, The Last Temptation of Christ, The Irishman), DiCaprio in five (Gangs of New York, The Aviator, The Departed, Shutter Island, The Wolf of Wall Street) and DeNiro in nine Scorsese’s movies (Mean Streets, Taxi Driver, New York, New York, Raging Bull, The King of Comedy, Goodfellas, Cape Fear, Casino, The Irishman). DeNiro was Scorsese’s go-to guy when he was younger and in this century that is Leonardo DiCaprio who was by the way recommended to Scorsese by De Niro after working with him in This Boy’s Life. They will both appear in Scorsese’s new movie, Killers of the Flower Moon.

Martin Scorsese often has cameo appearances in his movies, like in Mean Streets, Taxi Driver, Raging Bull, The King of Comedy, and The Age of Innocence. Also, his parents, Catherine and Charles Scorsese appeared in a couple of his movies.

His movies often have a lot of cursing

Scorsese’s movies are known for their depiction of violence

Many of Scorsese’s movies, like for example Taxi Driver, Goodfellas, Raging Bull, Casino, and The Departed, are known for their depiction of violence and feature scenes of graphic and realistic violence.

These trademarks are what sets Scorsese apart from other directors. Besides everything mentioned many of his movies are set in New York City often featuring antiheroes and gangsters, guilt, corruption, and the use of popular music.

Do you agree with us? Did we miss some of Martin Scorsese’s trademarks?  Write us in the comments below.