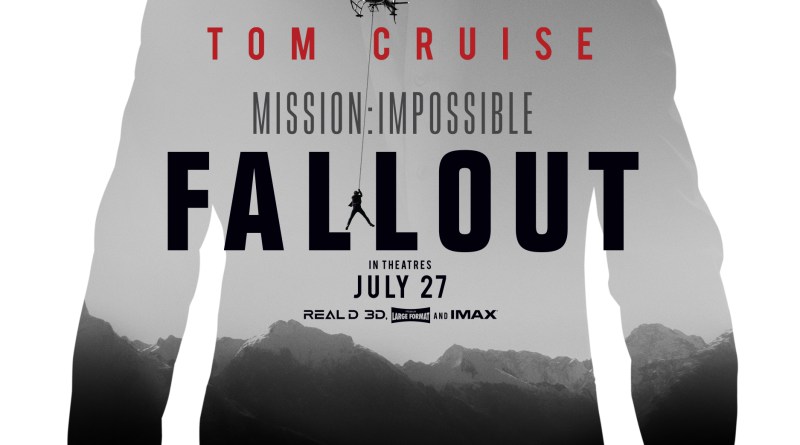 Paramount released an official trailer for a new entry in their popular and long-lasting Mission: Impossible franchise, called Fallout. In Fallout, Ethan Hunt and his IMF team, along with some familiar allies, race against time after a mission gone wrong. This one is, like a previous one (Rogue Nation), also directed by Christopher McQuarrie,  a guy who wrote a screenplay for Singer’s masterpiece The Usual Suspect and Edge of Tomorrow (one of the best SF action movies in the last couple of years) and also directed Cruise in first Jack Reacher (which was in my humble opinion a pleasant surprise).

McQuarrie is the first director in the franchise to direct more than one film. The first one, released in 1996 and directed by Brian DePalma (Scarface, Carlito’s Way, The Untouchables, Carrie), was one of the biggest hits that year and a pretty good action thriller, 2nd best in the franchise. A sequel, directed by John Woo (A Better Tomorrow, Hard Boiled, Face / Off, Hard Target, Broken Arrow), released in 2000. was even bigger hit but a laughable action trash. A third one, directed by J.J. Abrams (Star Wars: The Force Awakens, Super 8, Star Trek, Star Trek Into The Darkness) and released in 2006. was a box office disappointment but a step in a right direction. Five years later, in 2011., we got a new sequel, called Ghost Protocol directed by talented Pixar’s Brad Bird (The Incredibles, Ratatouille, The Iron Giant). This was Bird’s live-action directorial debut and pretty successful one – besides being one of the most successful movies in the franchise, it was also the best one and in my humble opinion one of the best action movies in last 10 years. Rogue Nation made almost the same amount of money, and although it was a pretty good action movie, it wasn’t on the same level as Ghost Protocol.

Tom Cruise returns as Ethan Hunt. He’s joined by some returning cast members (Ving Rhames, Simon Pegg, Michelle Monaghan, Alec Baldwin, Rebecca Ferguson) and newcomers (Henry Cavill, Angela Bassett). Oh, and this movie was a reason for Henry Cavill’s weird look in Justice League – he grew a mustache for Mission: Impossible – Fallout and Paramount didn’t allow him to shave it off for Justice League reshoots, meaning Warner Bros had to pay millions to have it digitally removed.

The trailer actually looks good and I’m expecting this one to be a fun action movie.