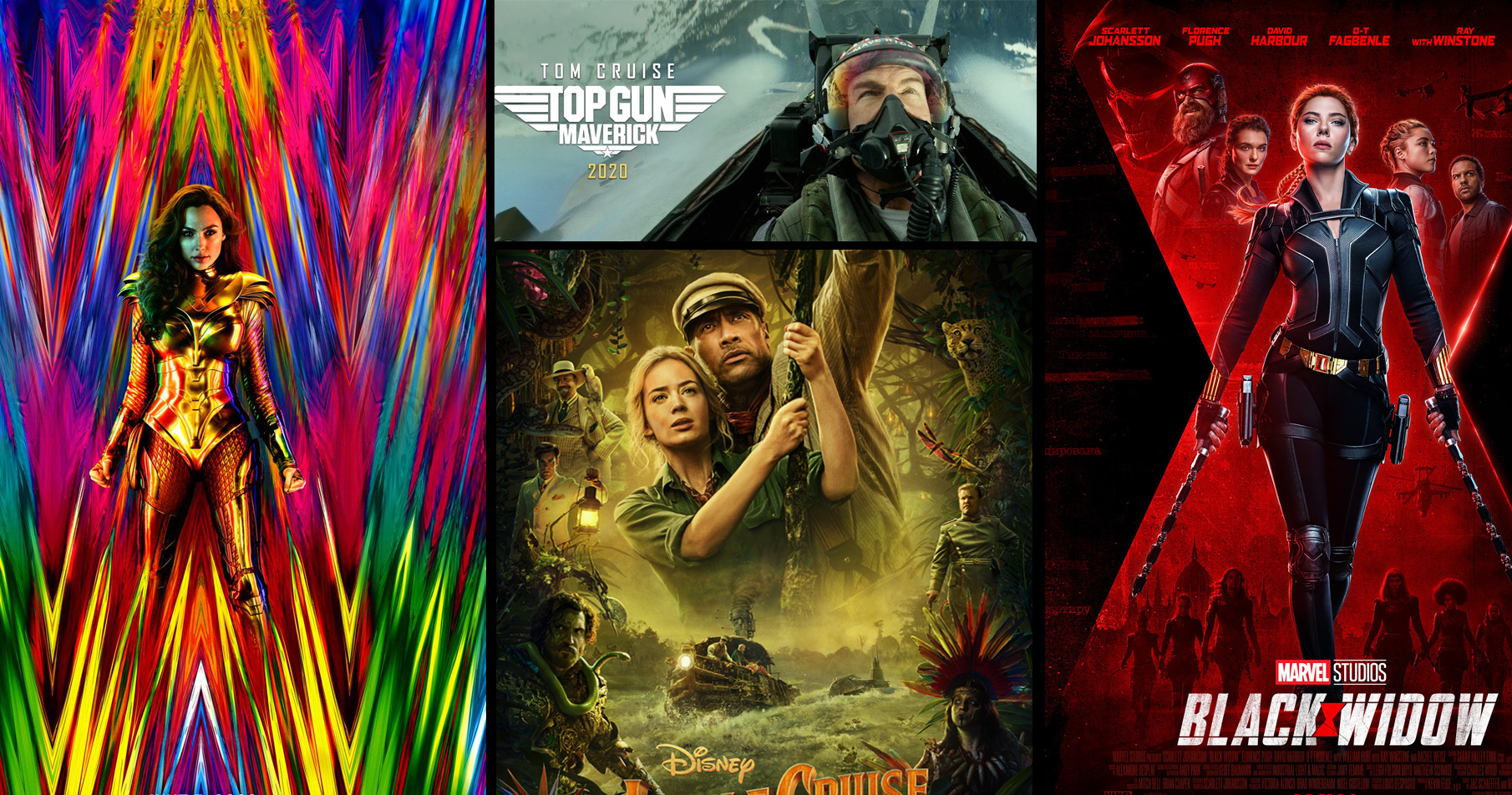 Coronavius (COVID-19) outbreak, probably the biggest pandemic of 21st century, unfortunately turned out to be more serious than initially thought and now is spreading fast around the world which resulted in deaths, lockdowns, borders closing, food and supplies shortage, panic among people etc. COVID-19 is impacting everyone and everything, from economics, tourism to movie industry. Cinemas around the world are closed, many movies are postponed and many productions are put on hold.

We already covered some of the postponed or delayed productions here and now we’re bringing you an update with more movies and TV shows being postponed.

Disney announced a series of new release dates including major date changes for Phase 4 of the Marvel Cinematic Universe. Black Widow, which was set for May release but was postponed due to the coronavirus pandemic, will now be released on November 6, 2020. This slot was originally occupied by The Eternals  which now moves to February 12, 2021 and Shang-Chi and the Legend of the Ten Rings is now postponed to May 7, 2021.  Doctor Strange in the Multiverse of Madness moves to November 5, 2021 and Thor: Love And Thunder to February 28, 2022. Release date for Black Panther 2 remains the same (May 8, 2022), while Captain Marvel 2 will be released on July 8, 2022, two weeks earlier than originally planned.

Video game comedy Free Guy, starring Ryan Reynolds and Taika Waititi  (director of What We Do in the Shadows, Thor: Ragnarok, Jojo Rabbit and Hunt for the Wilderpeople), moves from this July to December 11.

Wes Anderson’s highly anticipated The French Dispatch has also been shifted from its original July 14 release date to October 16 2020.

Wonder Woman 1984, a sequel to the probably best received superhero movie from DCEU, is moved from its original June 5 release date to August 14. Director Patty Jenkins made following announcement on Twitter – “We made Wonder Woman 1984 for the big screen and I believe in the power of cinema. In these terrible times, when theater owners are struggling as so many are, we are excited to re-date our film to August 14th 2020 in a theater near you, and pray for better times for all by then”.

Sony Pictures has postponed all of their 2020 summer releases to next year. New superhero movie Morbius, starring Jared Leto, is now moved to March 19, 2021. Peter Rabbit 2 , a sequel to 2018 hit, was first moved from April 3 to August 7 but it is delayed once more. It will now be released on January 15, and new Ghostbusters movie (Ghostbusters: Afterlife) on March 5, 2021.

Pre-production on the Uncharted movie, directed by Ruben Fleischer (Zombieland, Venom) and starring Tom Holland and Mark Wahlberg, has been delayed for six weeks.

Long awaited fourth season of Fargo, originally set for April 19 release, has been delayed indefinitely due to COVID-19 outbreak. Eight of the season’s 10 episodes had been completed so far and new premiere date will be set once production resumes.

Friends reunion for HBO Max which is one of the most-anticipated TV specials ever is also postponed due to the COVID-19 outbreak. Warner Bros. has decided to delay the previously scheduled March shoot until at least May.

Netflix’s The Witcher series also isn’t immune to the effects of COVID-19. In February Netflix made an announcement that production of the second season had started with plans for a 2021 release date but this quickly changed as that production has been paused with no new dates being announced.

Amazon’s adaptation of Tolkien’s Lord of the Rings, which is  one the most expensive TV series of all time, also paused production due to coronavirus concerns.

We’ll keep you posted about new updates. Until then, take this situation with COVID-19 seriously, don’t go to very crowded places, don’t endanger yourself, your family and elders … Stay at home and spend the time with your family, with your loved ones, learn something new, work on some interesting project, read a book or watch some good movie or TV show :).