Movies About Pandemics and Outbreaks You Can Watch Right Now 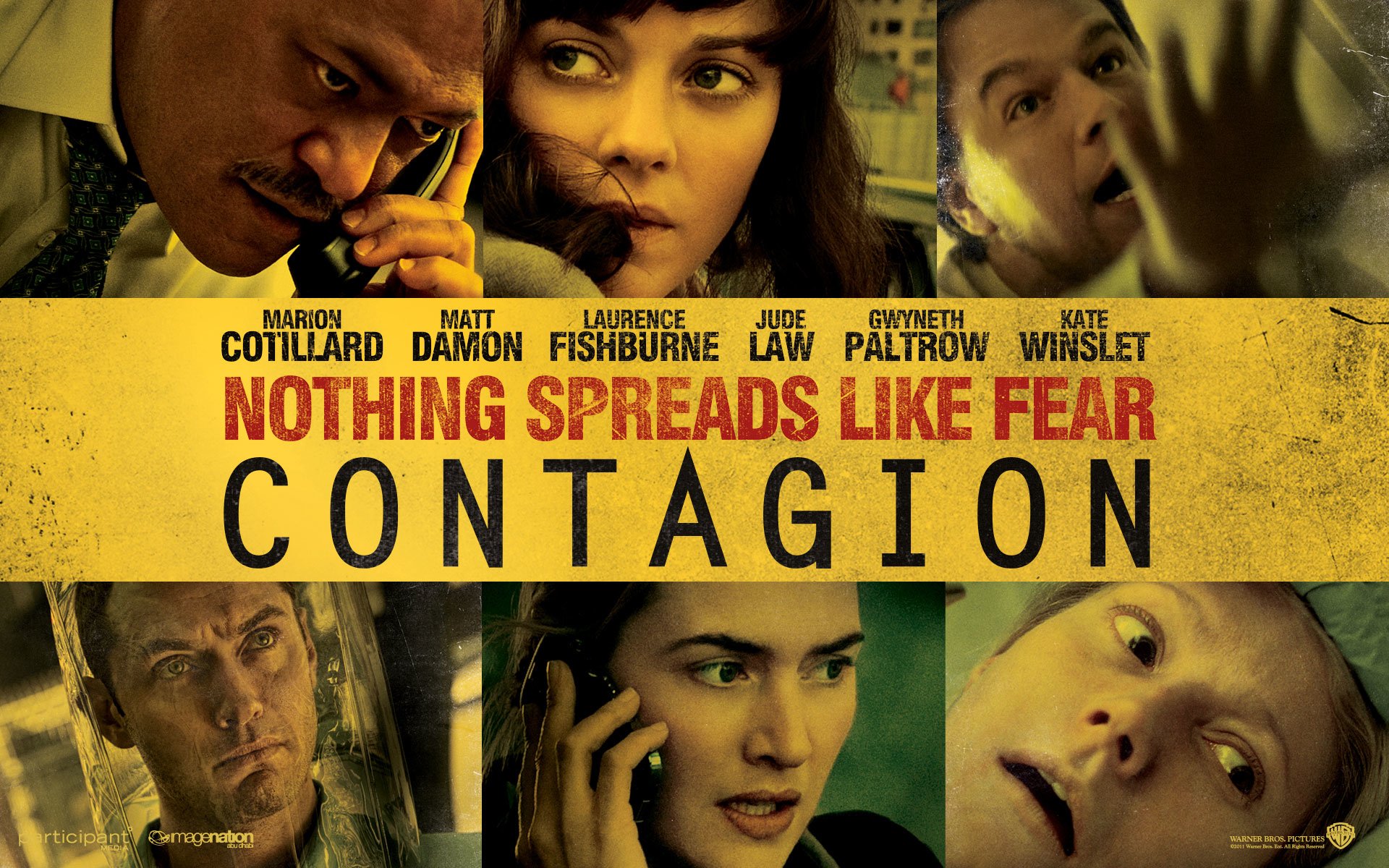 Who could have imagined, just two or three months ago that we’d be locked down, afraid for our health and lives, working from home, stockpiling pasta, cans or jars and fighting with strangers over the last toilet roll in the supermarket due to pandemic?

Maybe you’re already sick from listening about coronavirus and outbreaks and want to take a break from it by indulging in pure fun and escapism, but in case you want to confront your anxieties and swing your viewing choices in the other direction we prepared a list of movies about pandemics and outbreaks you can watch right now.

When we started writing this article we wanted to focus on more realistic takes on this subject but in the end there were too few movies worth mentioning so we included some other quality films that deal with viruses or outbreaks but we left out fantasy, zombie and post apocalyptic movies. So you’re not going to find World War Z, Dawn of the Dead, 28 Days Later, Crazies, I am Legend, REC or similar movies on this list.

Movies about pandemics and outbreaks you can watch right now

Directed by talented Steven Soderbergh  and written by Scott Z. Burns (The Bourne Ultimatum, The Informant!), Contagion, at the time of release back in 2011., was a solid thriller about a virus that originates in Hong Kong and starts spreading rapidly all around the world killing millions of people. Watching it these days it almost felt like watching a documentary.

Steven Soderbergh is one of the most interesting and prolific directors working in Hollywood in last 30 years. He tackled almost everything, starting with Cannes Palme d’Or winner Sex, Lies and Videotape to entertaining crime flicks like Out of Sight, Ocean’s 11 and Logan Lucky, remake of SF classics (Solaris), dramas like Traffic or Erin Brockovich, small independent movies with no stars (Bubble, The Girlfriend Experience), biography movies (Che), action (Haywire) and comedy (Magic Mike). He’s also one of the three directors that have received two Best Director nominations in the same year – in 2000 for Erin Brockovich and Traffic, winning the award for the latter. Thanks to current circumstances, it seems Contagion will be the movie he’ll be remembered for.

Despite being a Hollywood movie, this smart and grim thriller has been described as ultra-realistic and praised for its accurate depiction of a pandemic by scientists. So it’s understandable why in the midst of the coronavirus outbreak, this movie skyrocketed to the top of the rental charts.  It’s a movie about healthcare professionals and government officials who are trying to find a cure and everyday people who found themselves in the midst of a terrible pandemic and are trying to survive. Throw in conspiracy theorists, incompetent authorities and you have a movie that seems too real.

Healthcare professionals, government officials and everyday people find themselves in the midst of a pandemic as the CDC works to find a cure.

Next movie on our list is a 1995 action movie based on Richard Preston’s book The Hot Zone about a deadly virus spreading throughout a California town that was brought to America by an African monkey. Directed by Wolfgang Petersen with star-studded cast, Outbreak focuses on health and the military personnel who must find a cure and save the infected, but also explores the lengths that some organizations will go to in order to cover their mistakes and thwart a threat from spreading. Despite being about serious issue and released while Ebola virus was spreading in Zaire, Outbreak is a less realistic and serious than Contagion and is more of a classic silly Hollywood action movie.

Army doctors struggle to find a cure for a deadly virus spreading throughout a California town that was brought to America by an African monkey.

Starring a young Chris Pine (Star Trek, Wonder Woman), Carriers is a little-known movie about four friends trying to survive in a pre-apocalyptic world during a pandemic. As a lethal virus spreads globally, they seek a disease-free and people-free haven but on their way stumble upon a man and his infected daughter, who spreads the disease to a member of the group.

As a lethal virus spreads globally, four friends seek a reputed plague-free haven. But while avoiding the infected, the travelers turn on one another.

Terry Gilliam’s 1995. masterpiece Twelve Monkeys is not a realistic take on pandemics but time travel SF thriller about a future world that is devastated by deadly disease where people are living in underground bunkers away from the pandemic. Year is 2035 and group of scientists send a convict (Willis) back in time to gather information about the man-made virus that wiped out most of humanity in 1996. Twelve Monkeys is not focused on outbreak or people dealing with pandemic. Its more of a mystery where Willis is trying to find out who was behind a deadly virus and Twelve Monkeys envisions a pretty bleak vision of dystopian future caused by deadly (apocalyptic) disease where people are forced to live underground.

Smart, entertaining, bleak and weird with excellent story and performances from Bruce Willis (one of his best roles) and Brad Pitt (nominated for Best Supporting Actor Oscar), Twelve Monkeys was a critical and box office success and it’s one of the best SF movies of all time. This is also in my book Terry Gilliam’s best movie.

In a future world devastated by disease, a convict is sent back in time to gather information about the man-made virus that wiped out most of the human population on the planet.

The Flu or originally Gamgi  is a South-Korean disaster movie about a virus quickly spreading through Bundang, the city of around half a million people, just 20 kilometers from Seoul. As people are helpless against the airborne virus and the number of infected and dead increases quickly (virus kills within 36 hours), the government quarantines the city and orders a complete shutdown.

Chaos ensues when a lethal, airborne virus infects the population of a South Korean city less than 20 kilometers from Seoul.

What happens when the deadliest infectious disease know to man arrives in a megacity with over 21 million people .

Director Alfonso Cuarón’s excellent SF thriller / drama Children Of Men is set in 2027 in a world where women have become infertile in the early 2000s due to mysterious illness and no new children have been born since then. The world has descended into chaos, borders are closed to refugees, the economy is virtually nonexistent and people are losing hope and faith in humanity.  Clive Owen plays former activist Theo who, together with his ex-wife Julian (Julianne Moore), tries to help young refugee women (Clare-Hope Ashitey), the first pregnant woman in 18 years.

Children Of Men is probably not the first movie that comes to mind when you start thinking about depictions of dangerous diseases, but this bleak and emotional thriller envisions a world which has been brought to the brink of collapse after years of infertility and a flu pandemic.

Thanks to excellent performances, sharp direction by Alfonso Cuaron (two times Academy Award winner for best director – Gravity and Roma), frightening and gripping story and realistic approach, Children Of Men earned universal acclaim by critics and is regarded as one of the best SF movies of all time.

In 2027, in a chaotic world in which women have become somehow infertile, a former activist agrees to help transport a miraculously pregnant woman to a sanctuary at sea.

This 1971 movie from director Robert Wise is based on the novel by famous American writer Michael Crichton (Jurassic Park, Westworld, Sphere) who makes a cameo appearance  in a non-speaking role. After a government satellite,  contaminated by an alien organism, crash lands in a small desert town in Nevada and kills almost all of the residents, a group of scientists are brought in to contain and destroy the virus.

The Andromeda Strain was one of the first movies to use advanced computerized photographic visual effects – $250,000 of the film’s budget of $6.5 million was used to create the special effects. Movie garnered mixed reviews and was a moderate box office success earning two Academy Awards nominations – Best Art Direction and Best Film Editing. In 2008 TV mini-series remake was released, produced by Ridley and Tony Scott starring Benjamin Bratt but we recommend to just skip it and stick with the original.

A team of top scientists work feverishly in a secret, state-of-the-art laboratory to discover what has killed the citizens of a small town and learn how this deadly contagion can be stopped.