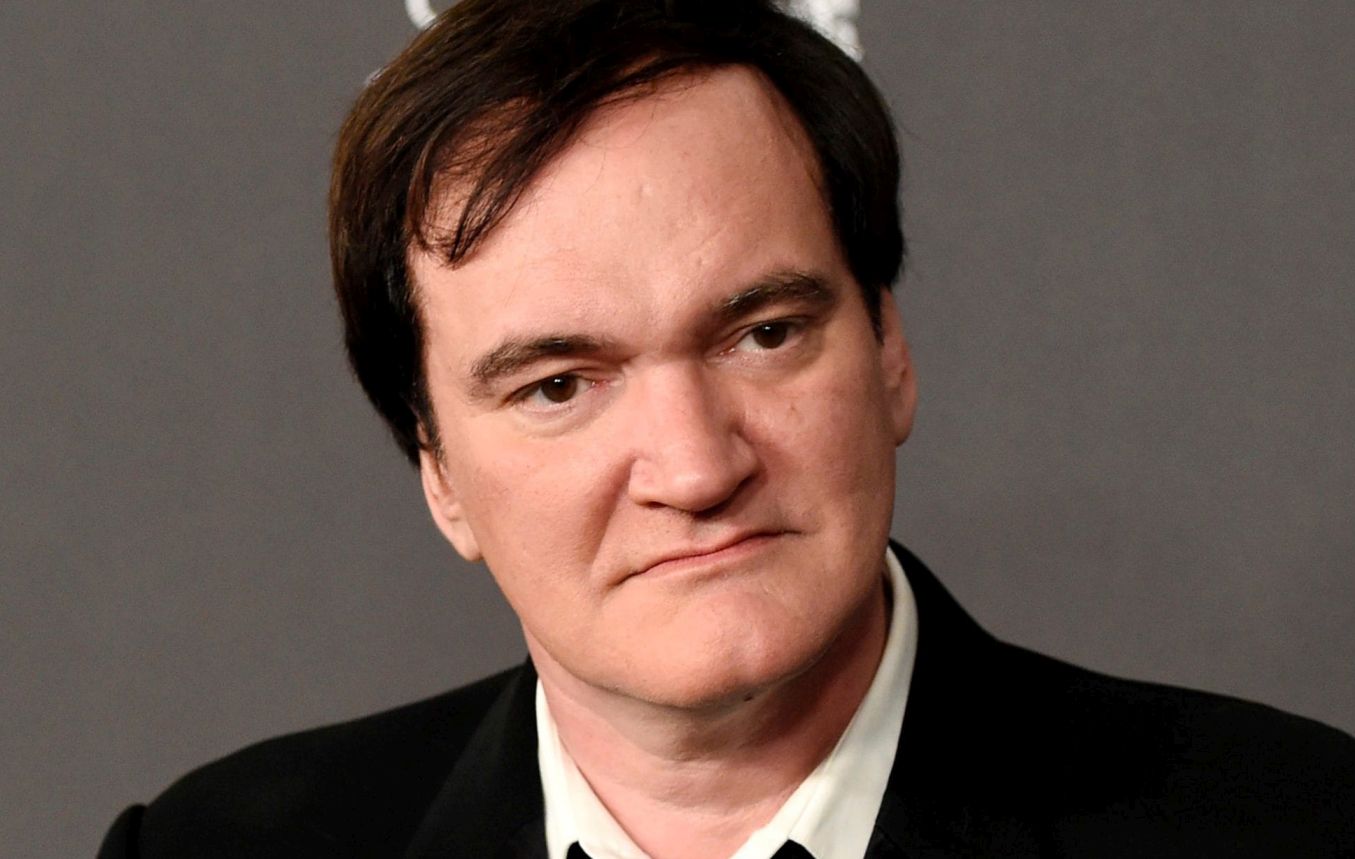 Did you know that Quentin Tarantino was named after the Burt Reynolds character Quint Asper? Or that the directors who influenced him are Sergio Leone, Jean-Luc Godard, Martin Scorsese, Brian De Palma, and Howard Hawks?

Say what you will about Quentin Tarantino but he’s one of the most original and interesting directors that emerged in the last 30 years. He might be borrowing or stealing ideas from other movies but he packages them in such unique ways that each of his movies feels like a breath of fresh air. Debuting with excellent crime thriller Reservoir Dogs in 1992 followed by his first masterpiece Pulp Fiction in 1994. Tarantino made 9 movies so far and although he had some misfires like Death Proof or Once Upon a Time… in Hollywood, most of them were excellent and praiseworthy movies. So in today’s article, we decided to bring you 20 facts you didn’t know about Quentin Tarantino.

Born on March 27, 1963, in Knoxville, Tennessee, Quentin Tarantino was named after the Burt Reynolds character Quint Asper from CBS series Gunsmoke.  His mother, Connie Pender was a nurse from Tennessee, and his father, Tony Tarantino, was an Italian-American actor and musician from New York. His parents soon divorced and his mother married musician Curtis Zastoupil who encouraged Tarantino’s love of movies, and also accompanied him to many film screenings.

Tarantino showed love for movies early in his life. Before becoming a famous director Tarantino wrote a screenplay called Captain Peachfuzz and the Anchovy Bandit when he was only 14 years old. He dropped out of high school at the age of 15 and then worked as an usher at an adult movie theater in Torrance, called the Pussycat Theater. In the 1980s Tarantino worked at a video store in Manhattan Beach, California for five years. Then he met Lawrence Bender,  a producer who would later produce a couple of Tarantino movies like Reservoirs Dogs, Pulp Fiction, Jackie Brown and Inglorious Basterds. He encouraged Tarantino to write a screenplay and after the first unsuccessful attempt, Tarantino directed and co-wrote his first movie in 1987, called My Best Friend’s Birthday which screenplay was later used as a basis for great Tony Scott movie True Romance.

Soon he got his real chance and the result was critically acclaimed crime thriller Reservoir Dogs in 1992. Although it wasn’t a big box office hit, the movie received positive reviews and is regarded as one of the best movies of the 1990s putting Tarantino on a list of interesting and promising young directors. He followed it with his best movie to date, black comedy crime movie, Pulp Fiction (1994), which earned him rave reviews and was also a big hit on the box office. Premiering at the Cannes film festival, Pulp Fiction won Palme D’Or Award and also received seven Academy Award nominations including Oscar for the best picture, best director, and best original screenplay. Widely regarded as a masterpiece, Pulp Fiction is one of the most influential and one of the best movies of all time.

Tarantino followed it with Jackie Brown, an adaptation of Elmore Leonard’s novel Rum Punch. While some viewed it as a disappointment after Pulp Fiction, in my humble opinion it is one more excellent movie and also the most underrated entry in Tarantino’s filmography. Things went little south at the beginning of the 2000s but thankfully he rebounded with movies like Inglorious Basterds, and Django Unchained which rank among his best and were also critical and commercial successes. Although his latest, Once Upon A Time In Hollywood was a huge disappointment in my humble opinion, but I’m still expecting great things from Mr. Tarantino and hope that he would give us one more masterpiece before retiring.

Tarantino is against using CGI (computer-generated imagery), and would rather not shoot a sequence at all unless it can be done ‘in-camera’. Also, if a car chase has to be filmed at 80 mph, he demands to be captured as it happens and not faked.

3. Tarantino insists on being beside the camera while shooting

Besides writing and directing his movies, Tarantino also insists on being beside the camera during a take. It is unacceptable for him to watch actors on a video-assist monitor in another room.

5. Tarantino forbids the use of cell phones on the set

Tarantino insists that all cell phones must be turned off on the set while shooting with no exceptions.

Tarantino is known for getting great performances from his actors, even from mediocre ones. He also directed 8 actors who were nominated for Oscar for their performances – Christoph Waltz (twice), Leonardo DiCaprio, Brad Pitt, John Travolta, Samuel L. Jackson, Uma Thurman, Robert Forster,  and Jennifer Jason Leigh. Only Waltz and Pitt won for their performances – Waltz in Inglorious Basterds (2009) and Django Unchained (2012) and Brad Pitt for Once Upon A Time In Hollywood (2019).

Quentin Tarantino has written and directed four movies nominated for Best Picture Academy Award – Pulp Fiction in 1994, Inglorious Basterds in 2009, Django Unchained in 2012, and Once Upon a Time in… Hollywood in 2019.

9. MoviesThe Good, the Bad, and the Ugly, I tre volti della paura and Meet Frankenstein influenced Tarantino the most as a director

Tarantino once said that he would like to make a James Bond movie. Actually he was interested in making a Bond movie based on Casino Royale, set in 1960’s with Pierce Brosnan as Bond but producers rejected the idea.

Tarantino said that he hates Matrix sequels, Matrix Reloaded, and Matrix Revolutions as they ruined the mythology of the first movie to him. Who could blame him? The Matrix was one of the best and most influential SF action movies of the last 30 years and while Reloaded was mediocre but watchable, Revolutions was simply put a terrible movie that destroyed the franchise.

Tarantino was connected with many famous movies. Did you know that he was originally offered to direct Will Smith in SF comedy Men In Black? He turned it down and so Barry Sonnenfeld was chosen as a director. Also, he was offered to direct Speed (1994), 8 Mile (2002), and Westworld (2016) but he turned down these offers too.

In 1999 Tarantino was approached to direct and write a movie adaptation of Iron Man for New Line Cinema but unfortunately, nothing came out of this. One of the latest projects he was involved in was a new Star Trek film for Paramount produced by J.J. Abrams but in December 2019 Tarantino left the project.  He also wanted to direct an episode of X-Files but as he refused to join the Director’s Guild of America nothing came out of it.

14. Tarantino wasn’t interested in directing until he was in his early twenties

Although he was a huge movie buff from his childhood, Tarantino show interest in writing and directing when he was in his early twenties.

Tarantino filmed Hateful Eight using the Ultra Panavision 70 film process which hasn’t been used for almost half a century and marks the first anamorphic 70mm theatrical release in nearly 50 years.

16. Tarantino is a Half-Life fan

You probably didn’t know that Tarantino is a huge fan of the Half-Life, one of the most beloved game series, and was even considered the possibility of directing a movie adaptation.

17. Almost made The Vega Brothers with characters from Pulp Fiction and Reservoir Dogs

For years Tarantino wanted to make The Vega Brothers, focusing on characters of Vincent Vega (played by John Travolta) from Pulp Fiction, and Vic Vega (played by Michael Madsen) from Reservoir Dogs. His idea was to do a prequel movie to Pulp Fiction and Reservoir Dogs as both Vincent and Vic died and set it in Amsterdam. Unfortunately, he gave up as he couldn’t come up with a satisfying story.

18. Tarantino’s favorite movies are The Good, the Bad, and the Ugly, Rio Bravo and Taxi Driver

19. Became a father for the first time at the age of 56 and named his son Leo

Tarantino become a father for the first time this year as his wife Daniella Pick gave birth on February 22nd, 2020. Tarantino, at the age of 56, and his wife Daniella named the boy Leo after Daniella’s grandfather and not Tarantino’s frequent collaborator Leonardo DiCaprio.

20. Tarantino’s favorite James Bond film is From Russia With Love

Tarantino said on The Tonight Show with Jay Leno (1992) that his favorite James Bond movie is a second big-screen adaptation, From Russia With Love (1963) with Sean Connery.