Notice: fwrite(): send of 265 bytes failed with errno=10054 An existing connection was forcibly closed by the remote host. in E:\Websites\croatiat\shakennotstirredmovies.com\wwwroot\wp-includes\Requests\Transport\fsockopen.php on line 212
 25 Interesting Facts About Steven Spielberg - Shaken, Not Stirred 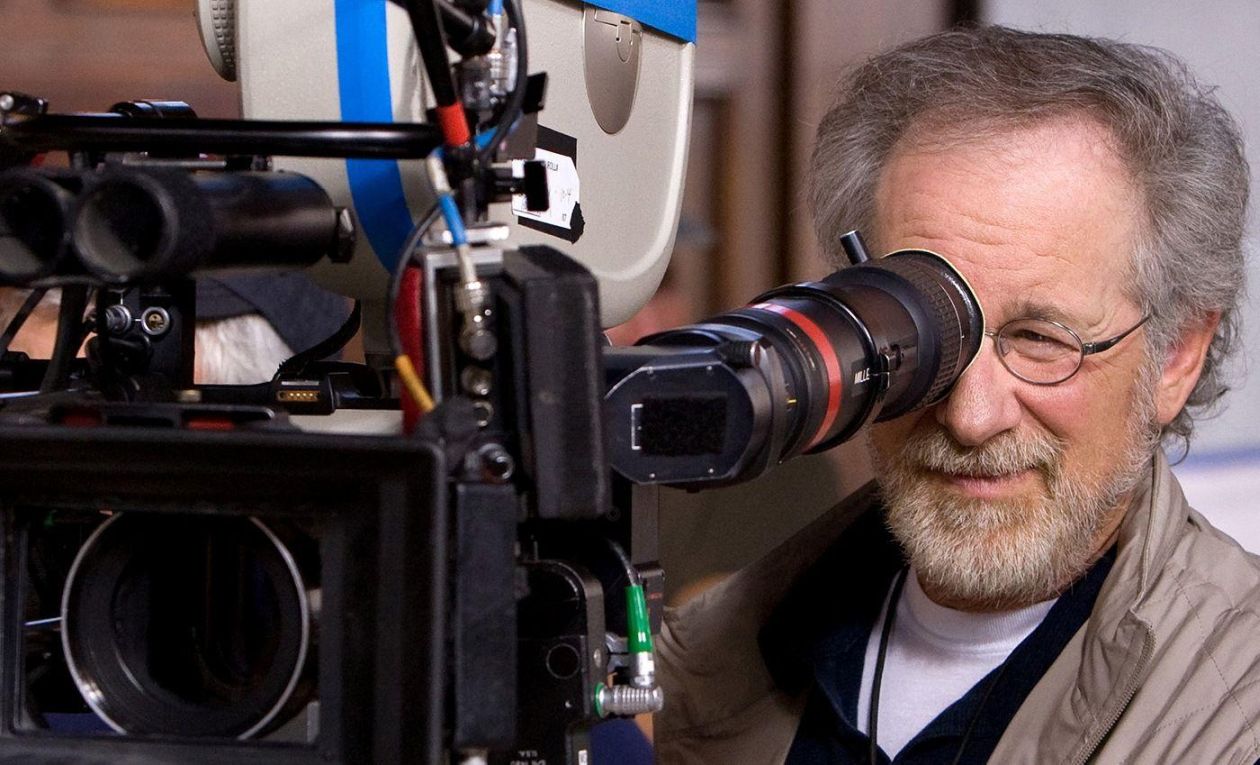 Steven Spielberg, one of the most influential and probably the most successful Hollywood director of all time, has been making movies for five decades now. While some may view him as nothing more than a director of big Hollywood blockbusters that are entertaining but lack depth or meaningful message, that’s actually not true – Spielberg successfully alternated between blockbusters and more serious films. He probably wouldn’t pop in your mind when you think of the greatest directors of all time and his movies have their share of problems, but Spielberg is a great storyteller that influenced many famous directors. He has many qualities as a director and showed incredible range as he tackled almost everything, from action, adventure, sci-fi, thriller, fantasy, war movies and dramas. Spielberg also tackled tougher subjects like the Holocaust (Schindler’s List), slavery (Lincoln), and terrorism (Munich).

1. Steven Spielberg directed seven movies that have been selected as being “culturally, historically or aesthetically” significant

National Film Registry by the Library of Congress selected seven movies directed by Steven Spielberg as being “culturally, historically or aesthetically” significant. These movies are Schindler’s List (1993), Jaws (1975), Close Encounters of the Third Kind (1977), Indiana Jones and the Raiders of the Lost Ark (1981), E.T. (1982), Jurassic Park (1993), and Saving Private Ryan (1998).

Spielberg stated that his favorite directors are David Lean, Frank Capra, Ingmar Bergman, Akira Kurosawa, François Truffaut, Stanley Kubrick, Howard Hawks, Alfred Hitchcock, John Ford, and Preston Sturges. The work of director David Lean (Lawrence of Arabia, The Bridge on the River Kwai, Doctor Zhivago) had a profound effect on his career and that Lean’s advice helped him make better movies and influenced every movie he has made.

3. He almost directed an episode of Twin Peaks

Spielberg was a big fan of Twin Peaks (1990) and almost directed the first episode of season 2 before David Lynch decided to do it himself.

Spielberg practically created summer blockbuster back in 1975 with Jaws (still one of his best movies) and changed the landscape of cinema. But it’s too bad that most summer blockbusters weren’t nearly as good as Jaws.

7. Spielberg wants to be remembered for E.T. and Schindler’s List

Spielberg was once asked what are his movies that he would like to be remembered for, and the answer might surprise you – E.T. (1982) and Schindler’s List (1993).

10. Spielberg is one of few directors that won Oscar, Golden Globe, Director’s Guild, and BAFTA for the same movie

Only 10 directors in history won Oscar, Golden Globe, Director’s Guild, and BAFTA for the same movie and Steven Spielberg is one of them, winning for Schindler’s List (1993). The rest of directors that achieved this are Mike Nichols for The Graduate (1967), Milos Forman for One Flew Over Cuckoo’s Nest (1975), Richard Attenborough for Gandhi (1982), Oliver Stone for Platoon(1986), Ang Lee for Brokeback Mountain (2005), Danny Boyle for Slumdog Millionaire (2008), Alejandro G. Iñárritu for The Revenant (2015), and Guillermo del Toro for Shape of Water (2017). Only one director achieved this twice and that is Alfonso Cuarón for Gravity (2013) and Roma (2018).

11. Spielberg has most movies on the American Film Institute’s 100 Most Inspiring Movies of All Time

Spielberg was supposed to direct Cape Fear (1991) but in the end, gave up as he thought that Cape Fear was too violent and recommended Martin Scorsese as his replacement. Scorsese accepted and Spielberg directed Schindler’s List instead. Also, he almost directed Big (1988) with Tom Hanks but gave up as he thought he would be stealing the thunder of his sister, Anne Spielberg, who was one of the writers working on a script.

Goonies (1985), probably the best kids movies of all time, was actually based on Spielberg’s group of childhood friends, which he called “goon squad”.

14. Spielberg is a video games fan and plays Assassin’s Creed

Spielberg stated that he’s a fan of video games. One of his favorite indoor relaxations is playing a computer game Assassin’s Creed.

Spielberg is a huge fan of the James Bond movies and while he never made a Bond movie he directed numerous actors that appeared in 007 series, like Sean Connery, Robert Shaw, Christopher Lee, Michael Lonsdale, John Rhys-Davies, Christopher Walken, David Harbour, Daniel Craig and Ralph Fiennes. He also stated that Honor Blackman is his favorite Bond girl.

Spielberg was offered to direct Deep Impact (1998) and The Mask of Zorro (1998) but declined the offers as he wanted to work on Saving Private Ryan (1998).

17. While his wife Amy Irving was giving birth Spielberg was directing a childbirth scene

He was directing a childbirth scene when he received a call that Amy Irving was giving birth to their son Max Spielberg.

18. Spielberg was voted the 11th best director of all time by Entertainment Weekly

On Entertainment Weekly’s list of 50 greatest directors of all time, Steven Spielberg ended at 11th place.

19. Spielberg has six films on the American Film Institute’s 100 Most Heart-Pounding Movies

Spielberg said that his favorite movie is David Lean’s Lawrence of Arabia (1962).

21. Set the opening weekend record in the United States more than any other director

The “dolly zoom” in-camera effect, first seen in Alfred Hitchcock’s film Vertigo, is caused by zooming in or out on the camera lens while tracking the camera forward or backward. This effect is used to signify an impactful moment or realization and Spielberg frequently uses it like in his masterpiece Jaws when Chief Brody is witnessing the shark attack from his beach chair.

23. Spielberg is the godfather of Drew Barrymore and Gwyneth Paltrow

Steven Spielberg is the godfather of Drew Barrymore and Gwyneth Paltrow who calls him Uncle Morty.

24. With George Lucas responsible for six of the ten highest-grossing movies of the 1980s

Steven Spielberg, together with his friend George Lucas, is responsible for six of the ten highest-grossing movies of the 1980s.

25. Many of his characters come from divorced families just like him

Some characters in his movies come from divorced families like in E.T.: The Extra-Terrestrial (1982) and Catch Me If You Can (2002) which reflects Spielberg’s own experience as his parents also break up when he was a kid.