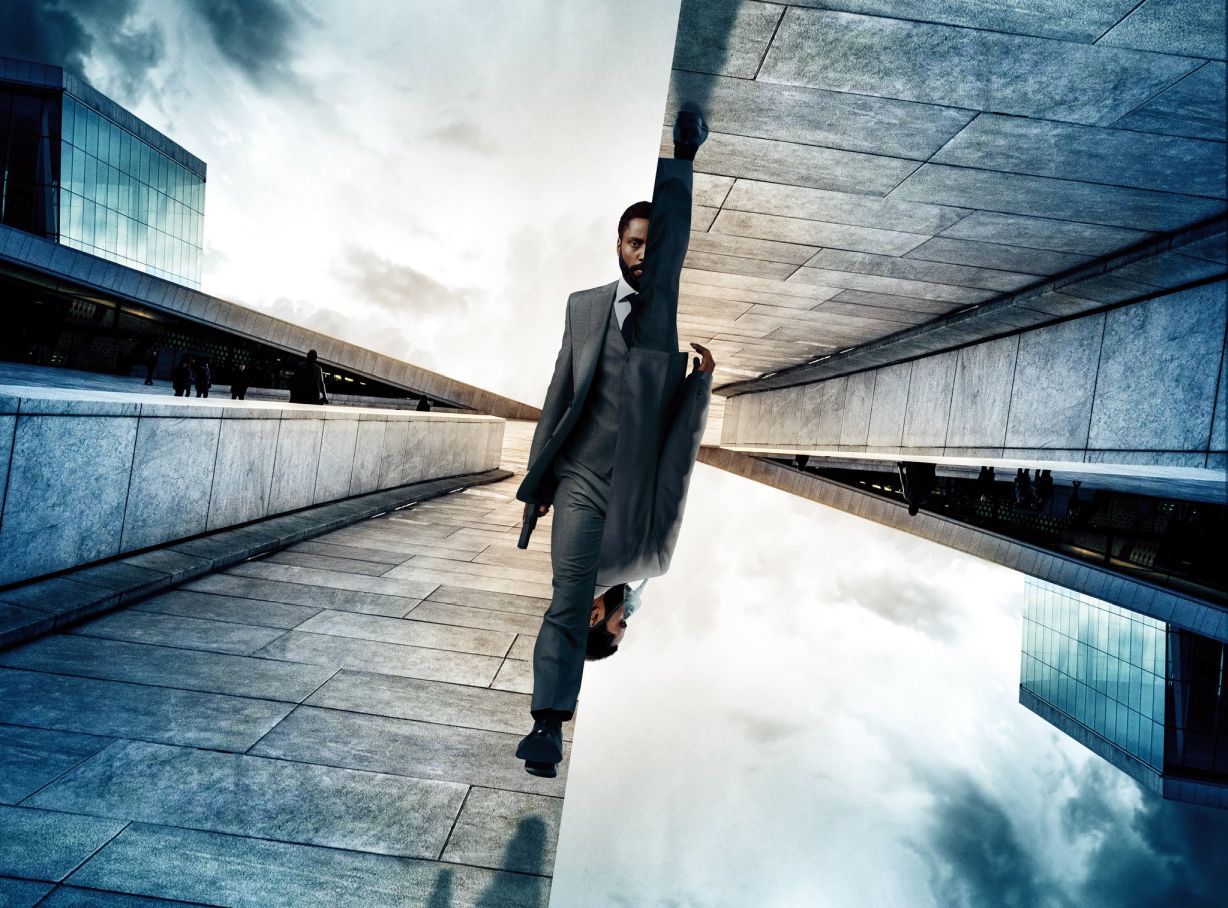 Movie description: In Nolan's latest film, we're following an unnamed protagonist (Washington), a CIA operative, who is recruited by a mysterious organization called Tenet. Drawn into the world of espionage, his mission is to face a powerful Russian oligarch Andrei Sator (Branagh) and prevent him from starting World War III.

Tenet is a big, ambitious, complex, and original, but also overlong, boring, confusing, and exhausting narrative puzzle with a mediocre script and no character development. While you can’t deny craftsmanship on a technical level, Tenet is a movie you can’t engage emotionally. In the end, I just didn’t care about the characters or what’s happening in the movie.

Christopher Nolan is one of those rare filmmakers working in Hollywood today who gets huge budgets and untied hands to bring his, more or less, original ideas to the big screen. Most of his films are ambitious, complex, and often thought-provoking tackling the themes of memory, time, and personal identity among others. His latest movie, Tenet, is not different. I mean, how often do you see a big-budget movie from Hollywood that is unique, challenging, and original and requires your undivided attention and use of brain cells? And in this age of remakes, reboots, and sequels this is something we should all appreciate. But that unfortunately doesn’t mean Tenet is a good movie.

In Nolan’s latest film, we’re following an unnamed protagonist (Washington), a CIA operative, who is recruited by a mysterious organization called Tenet. Drawn into the world of espionage, his mission is to face a powerful Russian oligarch Andrei Sator (Branagh) and prevent him from starting World War III. I’m not going to tell you anything more about the story as I don’t want to spoil this puzzle for you.

Tenet is probably the most Nolan-y movie of them all. He directed, wrote, and produced this film and you can feel his hands were untied and he had the freedom to do whatever he wants to do. This is a big and ambitious film and while we should celebrate artistic freedom, the final result shows that it would be better if someone controlled him just a little bit and fixed all the problems in the script. The basic concept is actually good and interesting, but unfortunately, the problem lies in its execution.

From a technical standpoint, there isn’t much to complain about. Tenet is well-shot and visually attractive, has an excellent soundtrack by Ludwig Göransson (Black Panther, Venom), attractive set pieces, a couple of well-done action sequences, and some nice performances from several cast members but I’ll get to that later. Also, Nolan and his team avoided using CGI as much as possible, and most of the things you see in the movie were done the old-school way. Even that plane crash at the airport. There are few filmmakers who would do it all without the use of CGI and that is one more thing to appreciate.

Probably the biggest problem in Tenet is a script. Nolan was even before criticized for overly-expository writing and this is more than ever evident in Tenet. When we’re not watching action sequences, Nolan spends most of the time on expository dialogue explaining things – characters are talking about what is happening, and why is it happening. Film is a visual medium, so God damn it, show me, don’t tell. If Nolan spent more time on character development and better story as much as on explaining this concept, the movie would be better.

Nolan is so obsessed with his concept that he forgot to gave us a meaningful story or believable characters with any motivations behind their actions. Actually, besides Debicki’s Kat, there aren’t real characters here. They are just a means or instruments that are here just to explain Nolan’s ideas and convoluted plot to the audience. I mean, who is The Protagonist? What do you know about him? Why does he do what he does? What about Pattinson’s Neill? Or Taylor-Johnson’s Ives? Why is anyone here doing what are they’re doing? What are their motivations? So it’s very hard to connect with and care about these characters. In the end, I just didn’t care what will happen to them, will they succeed in their mission and will they survive. There is no character development. And I get it. Nolan wanted to focus on the story and not so much on the characters but still.

While the actors mostly did a good job I wasn’t blown away performances. Pattinson and Debicki are best here. Although Pattinson’s Neil is one more paper-thin character he is charming and fun to watch. Debicki is maybe the best in the role of Sator’s wife as she’s the only one resembling a real character here. The weakest character here is actually John David Washington’s The Protagonist. Look, I get what Nolan wanted to accomplish with this. Just like the audience, his protagonist is confused and uninformed and we’re discovering and learning about this world and technology together with him. But Nolan could give him at least some backstory, some development so that we could care about him just a little bit. John David Washington is bland and uncharismatic as the main protagonist and at times leaves an impression like he didn’t take any of it seriously with that smirk on his face. Kenneth Branagh is not much better as the main villain. His performance is uneven – while in some scenes he’s really good and convincing, in other he simply overacts. It doesn’t also help that his throwing lines like “If I can’t have the world no one will.”.

Tenet is a complex and non-linear narrative puzzle but not a joyful or fun to watch. Nolan is so obsessed with how impressive his concept is that it becomes exhausting and boring after a while. There were moments in the movie, especially during action scenes where you just don’t know who is who, or why are they fighting. Maybe because after some time you just don’t care. This is more than ever evident in the final act of the movie – my God, I was just waiting for it to finish.

I won’t lie to you. There was more than one thing that I’m not sure I understand correctly. I’m not talking about the story. Its main premise is not that complicated but the characters are sometimes just firing sentences and theories and moving to the next thing in such a manner that they are simply not leaving you enough time to process what you just found out. The whole time you’re watching the movie afraid not to miss any of the details. Almost like Nolan won’t give you a time to process and think about it because you would actually find out how hollow and meaningless it all is. It’s confusing at times, but to tell you more I would need to go heavily in the spoilers territory. You got a sense that Nolan complicated everything more than he needed so that the movie looks smarter then it is.

Tenet demands second viewing so that you catch every detail you missed the first time. But it’s such an overlong and exhausting movie that I doubt I’ll watch it ever again. With Tenet Nolan continues his downward trend started with The Dark Knight Rises and is his worst movie to date.

While you can’t deny craftsmanship on a technical level, it all happens so quickly without much breathing space it’s hard to care for the characters or anything that happens in the movie. Tenet is a big, ambitious, original, overlong, boring, confusing, and exhausting puzzle with no character development and a mediocre script. It tackles themes he explored so many times before and I would really like to see him out of his comfort zone for the next one.