Notice: fwrite(): send of 265 bytes failed with errno=10054 An existing connection was forcibly closed by the remote host. in E:\Websites\croatiat\shakennotstirredmovies.com\wwwroot\wp-includes\Requests\Transport\fsockopen.php on line 212
 The Office: Best Of Michael Scott - Shaken, Not Stirred

The Office: Best Of Michael Scott 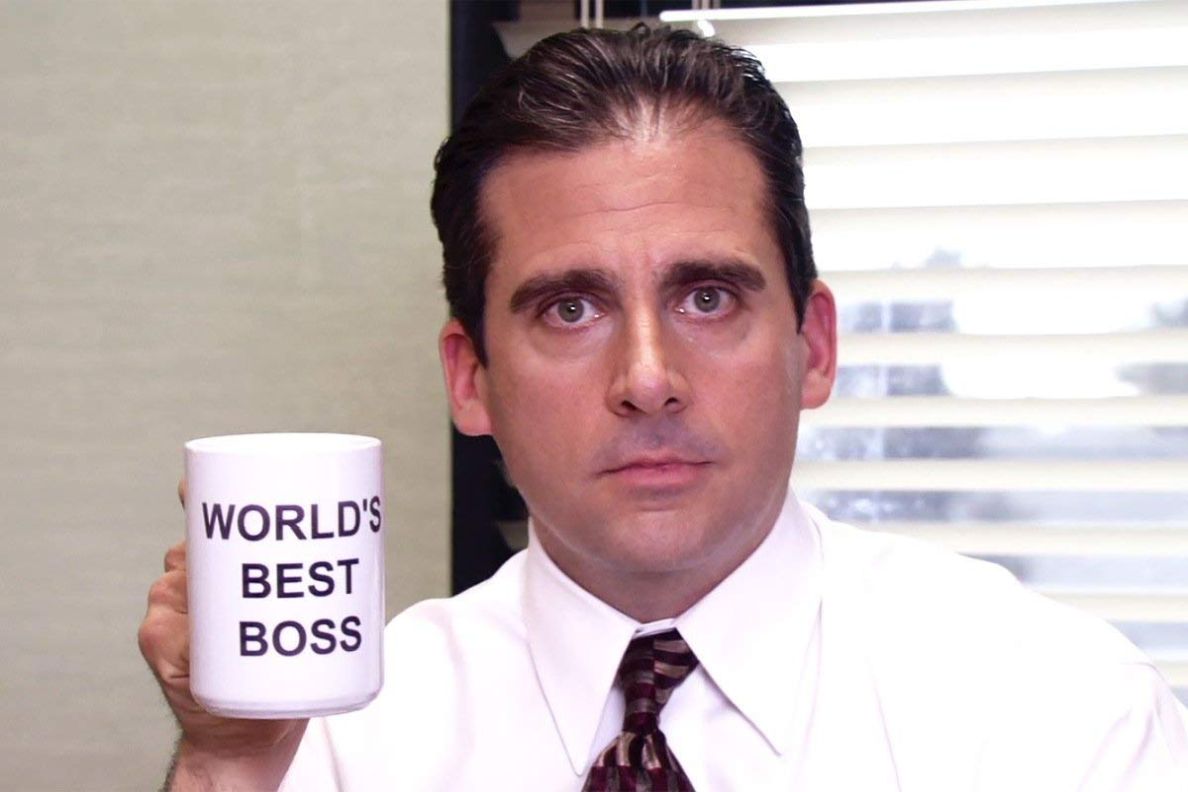 Actor Steve Carell, one of the most successful American comedians and actors, starred in many popular movies like The 40-Year-Old Virgin, Despicable Me, Get Smart, and Evan Almighty but is probably best known as one and only Michael Scott, boss of Scranton branch of paper company Dunder Mifflin in the NBC’s sitcom The Office. Today Carell celebrates his birthday so we decided to refresh our memory and bring you the best moments of Michael Scott on The Office.

Steve Carell was born on August 16, 1962, in Concord, Massachusetts to Harriet Theresa (Koch), a psychiatric nurse of Polish descent, and Edwin A. Carell, an electrical engineer of Italian and German ancestry. Carell graduated from Denison University in Granville, Ohio, and then moved to Chicago where he performed with The Second City troupe. He made his debut in Curly Sue in 1991 and after making guest appearances or playing supporting roles for more than a decade, finally got his chance and broke out as a leading man after playing the main role in The 40-Year-Old Virgin (by the way did you know they almost stopped shooting it after only five days as the studio was concerned that Steve Carell’s character looked like a serial killer?). That movie was a big box office hit and received positive reviews from critics.

After that Carell continued making successful comedies and animated movies like Despicable Me, Get Smart, Horton Hears a Who, Date Night, Evan Almighty and Crazy, Stupid, Love. But besides starring mostly in comedies and animated movies, Carell also tackled more serious roles, making appearances in movies like Foxcatcher, Little Miss Sunshine, The Big Short, and Vice. He was especially great and almost unrecognizable in Foxcatcher as a millionaire and convicted murderer John Eleuthère du Pont which earned him an Oscar nomination for Best Actor.

Best Of Michael Scott on The Office

Steve Carell played Michael Gary Scott, the main character on NBC’s The Office based on David Brent (Ricky Gervais) from the British version of the show, for seven years before leaving at the end of season 7 to focus on his movie career. The last episode of The Office where he appeared as the main character was Goodbye, Michael that aired on April 28, 2011. He also made a brief appearance in the series finale.

Although The Office had many great characters none was better than unforgettable Michael Scott, one of the most original and best characters in TV history. So without further ado, let’s take a look at Michael Scotts’s best moments on The Office.

Michael’s reaction when he finds out Toby Flenderson returned

Michael’s legendary hatred of HR representative Toby Flenderson is more than evident in Frame Toby, episode 9 of season 5 with this reaction when he learns that Toby returned to Dunder Mifflin.

Michael teaches Dunder Mifflin employees about communication during the booze cruise by displaying his great dance moves and showing them who’s the boss of dancing.

When signing up with online dating service Michael chooses Little Kid Lover as his username so that people know where his priorities are at.

“Scranton! WHAT? The electric city”. How do you welcome new employees to the Scranton branch? By making a rap video, of course.

That’s What She Said

Michael uses the phrase “that’s what she said” even in the most inappropriate situations, including business meetings and legal depositions.

Michael, Dwight, and Andy doing parkour or at least trying with hilarious results.

During the meeting, Michael displays his hatred of Toby one more time.

“Hi, I’m date Mike. Nice to meet me”. Michael had many characters over the years and one of them is date Mike. When Michael realizes he’s on a blind date he transforms into date Mike and screws himself over.

Michael shows his hatred of Toby one more time in this hilarious exit interview.

One more of Michael’s characters is prison Mike in which he transforms to teach his employees a little about prison.

Michael is so happy that Toby is leaving Dunder Mifflin that he organizes him a goodbye party and signs him this song.

Toby is a silent killer

The office has a budget surplus and while Toby is giving his input on what they should spend the extra money on Michael cuts him off – “You’re the silent killer. Go back to annex.”.

Michael Scott is, besides many other things, “great” at basketball which is more than evident in this clip :).

“You talkin’ to me? Raging Bull, Pacino” – Michael impersonates celebrities

In this episode, Michael impersonates Robert De Niro’s Travis Bickle from Taxi Driver but mistakes both the movie and the actor.

This is Michael’s sad face when he learns that the company is going out of business :).

Michael vs Toby – Why are you the way that you are?

One more hilarious display of Michael’s hatred of Toby Flenderson.

Michael explaining to his boss David Wallace his philosophy and why is Scranton branch doing so well.

Michael is intimidated by an insurance salesman as he is convinced he’s a member of the mafia. So while he’s having lunch with him, Michael orders  Gabagool, one of the Italian cold cuts, to show off in front of his new Italian-American friend.

One more hilarious Michael Scott’s quote – when asked would he rather be feared or Loved, Michael responds “I want people to be afraid of how much they love me”.

In episode 19 of season 3, called The Negotiation Michael teaches us why Wikipedia is so awesome.

In pilot of The Office, Michael Scott once more proves how much work is important to him :).

In an episode Dinner Party, Michael shows the guests his new “huge” plasma TV and how much space can he save by folding it away. Oh, and he also built that incredible table for Jan :).

Michael fight Dwight and wipes the floor with him

In an order to avoid doing paperwork, Michael challenges Dwight to a match and the result is this “brutal” fight.

Michael Scott meets David Brent, Ricky Gervais’s character from the UK version of The Office, and based on this clip it’s a shame he didn’t appear in more episodes.

Michael Scott is one of the funniest, most original,  and best characters in TV history. He’s a complex character with many flaws and Steve Carell played him brilliantly. While many actors auditioned for the role of Michael Scott it’s hard to imagine anyone else in that role.

What’s your opinion? What are your favorite Michael Scott’s moments on The Office?

Share the love
Tagged with: steve carell, the office